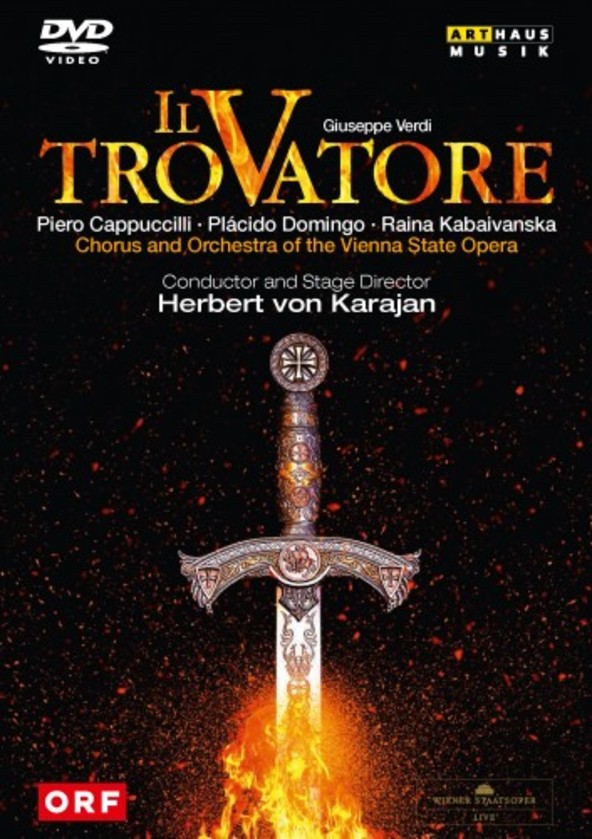 Il trovatore was always one of Herbert von Karajans favourite operas. He conducted it at the very beginning of his career and his first studio recording in 1956 was made in Milan with Maria Callas and Giuseppe di Stefano, but his Trovatore really made its mark in the legendary performances given at the Salzburg Festival in 1962, which formed the basis for this successful revival in Vienna. He once declared in an interview that what he loved about this opera was its archetypal human passions, its compression of highly dramatic situations into the smallest conceivable space and Verdis genius for translating such situations into music.

This 1978 performance is steeped in scandal. Franco Bonisolli was originally cast in the lead role but abandoned the cast during a rehearsal where the public had been admitted entry, and, after throwing his sword at the conductor, left the stage in fury, to be later replaced by Plácido Domingo.

What this performance makes so special: Karajan not only conducted the opera, but he was also responsible for the stage direction.