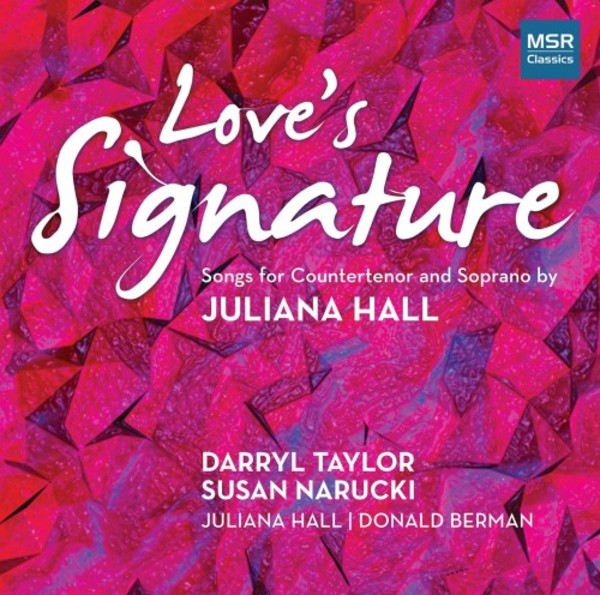 Loves Signature traverses time and space to celebrate various types of love: characters from the plays of William Shakespeare (1564-1616) reveal universal human experiences of love throughout different times in our lives; the letters of Emily Dickinson (1830-1886) exemplify the love we have for those specific people in our circles who touch us more personally; and the poems of Marianne Moore (1887-1972) speak of how ones love for an art form like music can provide inspiration and beauty to enrich life.

[In O Mistress Mine] gorgeous language is woven through a piano line that ranges from the piquant to the smooth. The choice of countertenor to voice these songs is an inspired one, and Darryl Taylor delivers the words with sensitivity and emotional involvement, while the composer herself provides first-rate accompaniment... a pleasant, involving and attractively structured cycle... [Hall's settings] they fit the texts well and give Narucki and Berman ample opportunity to emote and express. All these works are world première recordings, and all will be of interest to fans of modern music for vocal recitals. - Mark J. Estren, InfoDad (March 2017)