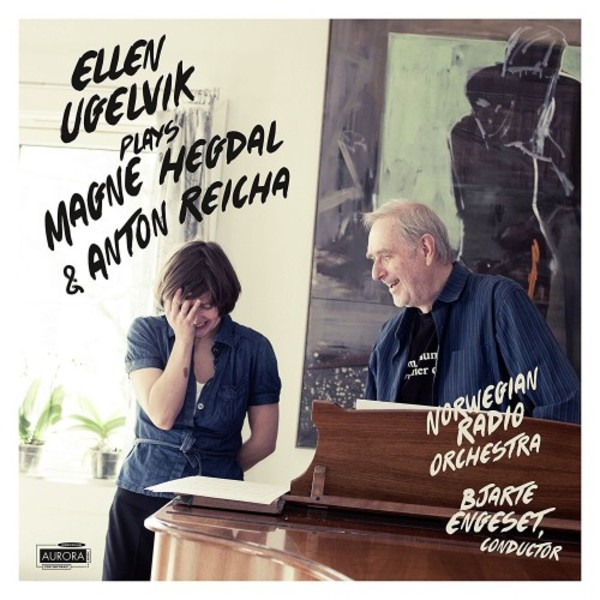 The late-18th- to early-19th-century composer Anton Reicha is one of the most important inspirations for the contemporary Norwegian composer Magne Hegdal, and here award-winning pianist Ellen Ugelvik brings them together. Two major Hegdal pieces  the recent piano concerto, Concert Piece in three sections, and Songs and Flowers  alternate with two short piano compositions from Reichas Practische Beispiele.

Concert Piece in three sections was commissioned by the Norwegian Radio Orchestra and Ellen Ugelvik. It was written for the 200th anniversary of Norways constitution and performed for the first time the following year, 2015. Its the first large scale work by Hegdal from recent times in which he has not used the aleatoric principle as a basis.

There is a deep understanding between Hegdal and Ugelvik. Here is a long-standing and thoroughly prepared study, a knowledge of the intention and the attitude that lies behind it  and not least a practical knowledge: before the premiere of the Concert Piece she and Hegdal had played it together, getting to know the work as a whole.

One of Norways most notable composers, Magne Hegdal was born in 1944. His first instrument, the piano, has a prominent position in his work list. Among these is Herbarium (1974-2002), an attempt to make music approach nature, through a combination of consistent structure and chance. In its final form, it has been recorded by pianist Herbert Henck (ACD5041), one of several Hegdal albums in Auroras catalogue. In 2014, he won the Arne Nordheim Composer Award.

Ellen Ugelviks commitment to contemporary music is widely recognized and her recordings have won three Norwegian Grammys. She collaborates with composers such as Helmut Lachenmann, George Crumb, Michael Finnissy, Dai Fujikura and Øyvind Torvund. She was nominated for Kritikerprisen for the performance of Hegdals Herbarium at the Risør Chamber Music Festival in 2012.