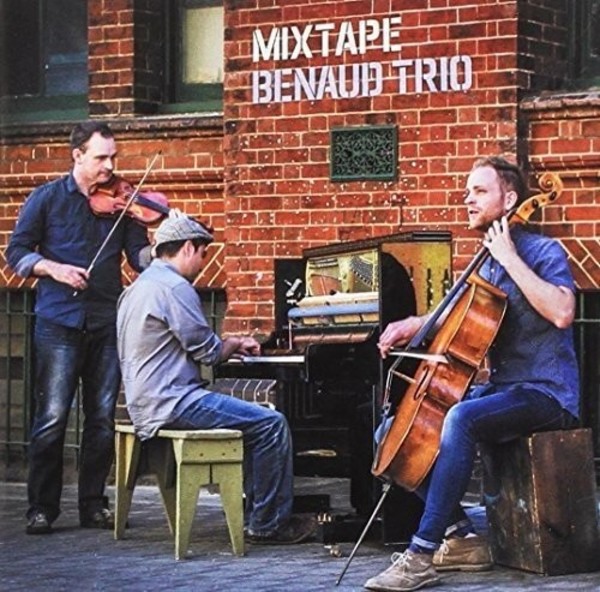 What do you get when you combine Australias finest classical musicians with the pop hits from the 70s to the 90s? The best kind of Mixtape!

Alongside their acclaimed performances of standard and contemporary chamber music repertoire, the Benaud Trio have gained international fame for their encore performances of pop covers. Beginning in 2007, a long term collaboration between the Benaud Trio and composer/arranger Nicholas Buc has resulted in a string of hits covering some of the 20th centurys greatest popular music. Youtube footage of their live performance of Stairway to Heaven by Led Zeppelin has been viewed more than 500,000 times.

Whilst the fusion of popular music with classical ensembles is not new, such a comprehensive undertaking has never been made by a piano trio. The combination of strings and pianos established by Joseph Haydn in the 18th century lends itself remarkably well to contemporary popular music  and particularly to those songs which have been crafted by the great song-writers of our times, the Haydns of the 20th century. Without backing tracks, the Benauds acoustically recreate all the power, intimacy and optimism of the mixtape era.

The album is a survey of top shelf popular music made famous by Simon and Garfunkel, ABBA, Billy Joel, The Buggles and Michael Jackson among others. It demands to be heard  as a trip down memory lane, but also as a realisation of the inherent musical brilliance of these songs, brought to life by some of Australias best-regarded classical musicians.

Giving a mixtape was a ritual for a generation, said Lachlan Bramble, violinist with the Benaud Trio. We wanted to capture that sense of generosity and fun in the album.