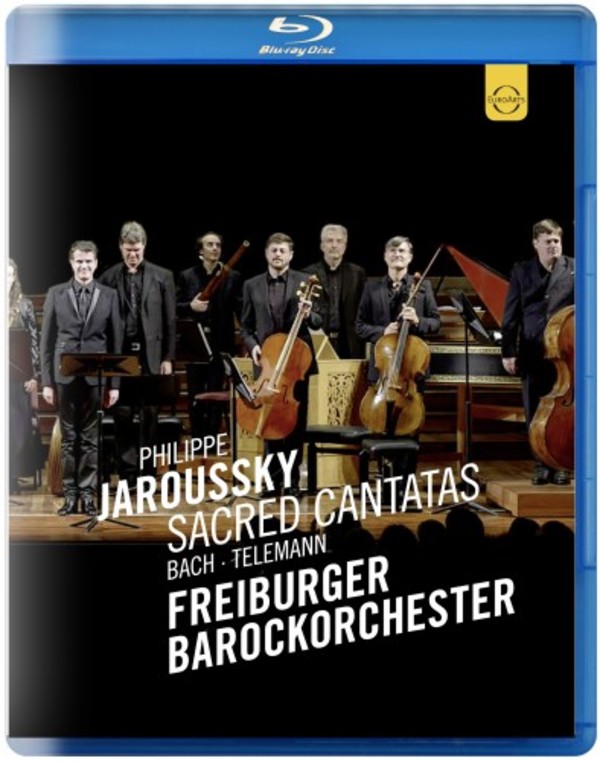 Long-awaited DVD and Blu-ray release of the concert recorded live at Alte Oper Frankfurt on 10 November 2016. Three of the concert pieces can also be found on Philippe Jarousskys Bach and Telemann Sacred Cantatas album with the same orchestra in their studio version.

Apart from the 2012 DVD/Blu-ray release Greatest Moments in Concert, this release is the only Philippe Jaroussky concert DVD and Blu-ray currently available.

When Philippe Jaroussky - whose angelic voice seems almost timeless - sings works by Telemann and Bach, it becomes abundantly clear that the sheer emotional force and the purifying power of their music have not diminished one bit over the centuries.

Including three bonus clips with Philippe Jaroussky talking about his work with the Freiburger Barockorchester, and Bach and Telemann.

Performing sacred music gives me the feeling of encountering something that is bigger than myself. It is an unknown force that surpasses me. I think we can all have this feeling, even if we are not religious. The cantatas of Telemann and Bach lend themselves to that because they raise philosophical questions concerning the place of humans, death and the meaning of our lives on earth. Listening to this music inevitably compels the audience to think about these questions as well. - Philippe Jaroussky