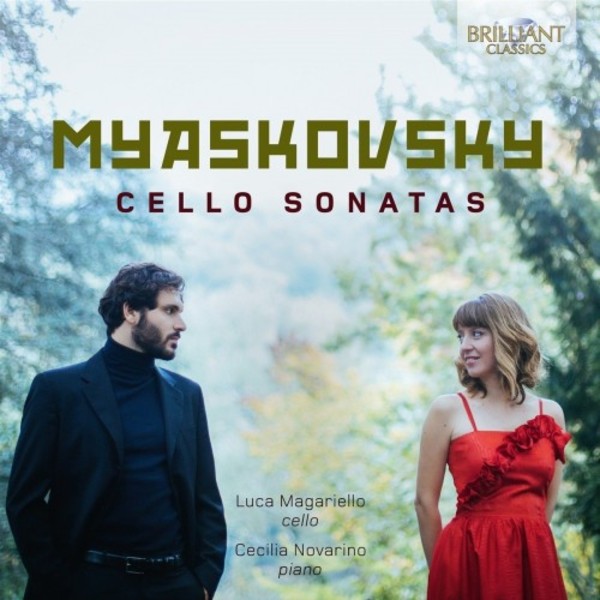 Along with sonatas by Rachmaninov, Shostakovich and Prokofiev, the Second Sonata Op.81 is a repertoire work for cellists, Russian or otherwise, for its vein of melancholy Romanticism that is yet not so dark and introverted as most of the 27 symphonies for which Myaskovsky is best known. Meanwhile the First Sonata has been almost entirely neglected, even by performers so committed to the promotion of their musical heritage as Rostropovich, Gutman and Geringas.

However, as this new recording reveals, it too belongs to the distinctively Russian tradition of soulful and affecting music for the cello; an early example (written in 1911, when Myaskovsky was 30 years of age and yet to graduate; he was a late developer as a composer) of the special empathy for the instrument that would also produce a wonderfully moody and atmospheric cello concerto: the Russian Elgar, perhaps.

The Op.12 Sonata is unusually structured as two movements linked by a tempestuous recitative section. The perfect relationship between the simplicity of the themes and the intensity of the dialogue between soloist and accompaniment is such that the two instruments seem locked in a flurry of warmth and passion. In the finale there is a return to the opening material, culminating in a serene D major conclusion. Though this is an early work, it reveals on various occasions a remarkable degree of maturity.

While the Sonata Op.12 emanates all the captivating freshness of an important work dating from the dawn of the composers output, his second sonata is entirely different in mood. It was written between 1948 and 1949, when Myaskovsky was 69, and in the throes of the health problems that were to bring him to his grave the following year.

This is Luca Magariellos second album for Brilliant Classics, after his participation in the album of complete piano trios by Hummel (BC94898).