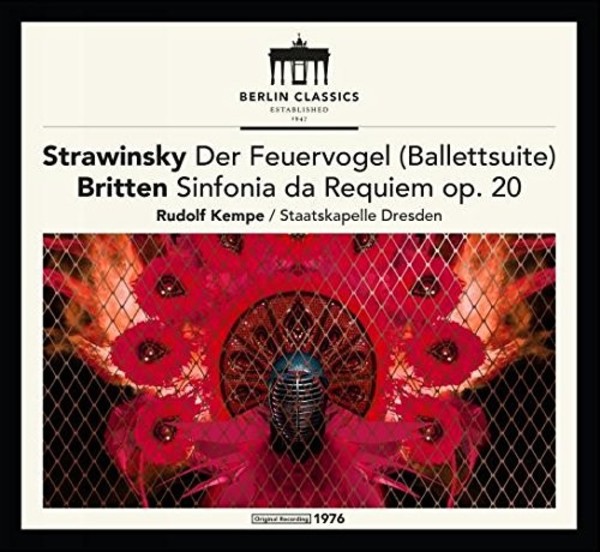 Born in Niederpoyritz near Dresden in 1910, Rudolf Kempe was trained as a pianist and oboist at the orchestral school of the Sächsische Staatskapelle in Dresden between 1924 and 1928.

After posts as an orchestra musician in Dortmund and Leipzig he made his debut as a conductor in Leipzig in 1935. After further conducting posts in Chemnitz and Weimar he was brought to Dresden in 1949 by Joseph Keilberth and made General Music Director of the Dresden Opera and Staatskapelle the following year. Sempers famous opera house lay in ruins, like the whole of the city centre, whereas the evacuated Staatskapelle had survived the war and the post-war years largely intact.

Kempe later recalled: For my career, those were the happiest years of my life  the last glimpse of Paradise: with opera, concerts and chamber music all year round in the same place.

Eterna producer Dieter-Gerhardt Worm considers Rudolf Kempe to be one of the most significant conductors of the twentieth century and regards the recordings he made with the Dresden Staatskapelle as ideal: There have surely been very few conductors who have fathomed the nature of the Staatskapelle so deeply and so widely exploited this orchestras potential as Rudolf Kempe. In the studio, he was a highly effective worker. Kempe was the only conductor I have known who did not explain to the musicians what he wanted of the orchestra but simply showed them. Rudolf Kempes early death prevented the implementation of numerous planned projects with the Staatskapelle. When the present recording of Stravinskys Firebird ballet suite and Brittens Sinfonia da Requiem was made in January 1976 none of the participants had an inkling that it would be Kempes last.