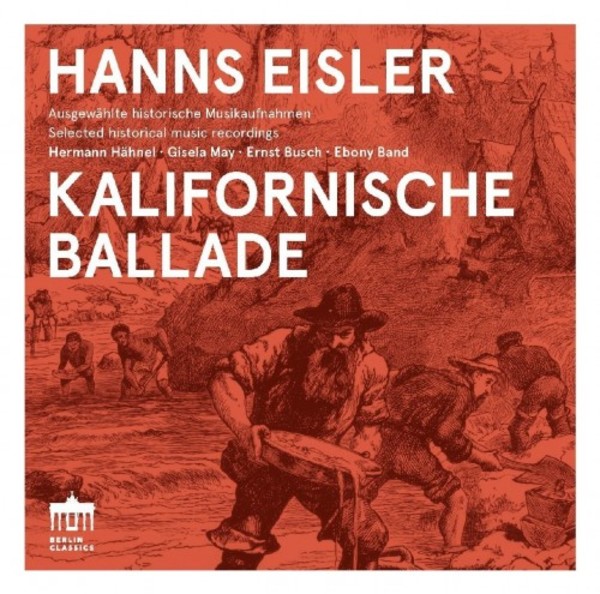 The songs and ballads written by Hanns Eisler (18981962) for the radio play Kalifornische Ballade (California Ballad) are among his least known works and are presented here on CD in their first record release ever. Started in Berlin in 1932, the exiled composers work was eventually completed in London in 1934 and was broadcast for the first time on 7 December that year, albeit in a foreign language: the Brussels radio broadcaster recorded the work sung in Flemish by Ernst Busch (who had fled Germany in 1933) on lacquer discs that were recently rediscovered in a Belgian archive; they were made during the second transmission of the narrative radio play on 12 April 1935, and are now being offered to the public on record for the first time (see bonus tracks). Just 18 months after this second broadcast, Ernst Ottwalt (19011943), a friend of Eisler and author of the text to California Ballad, was arrested in Moscow on 6 November 1936, during Stalins Great Purge; he died in a Siberian gulag on 24 August 1943. Following the events of 1933 that had suspended the writing and public performance of California Ballad, this depressing turn for the worse may have deterred the composer from contributing to a revival of the work in subsequent years.