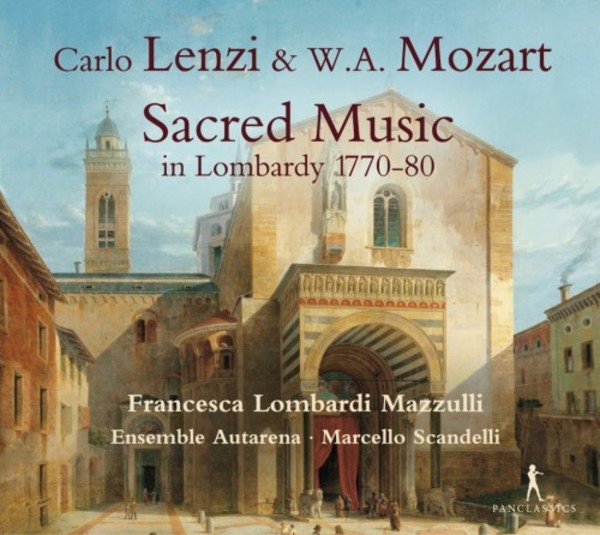 Carlo Lenzi, born in 1735 near Bergamo, was educated in Naples, famous for its four conservatories. He worked for 40 years as maestro di cappella at the Basilica of Santa Maria Maggiore in Bergamo. His permanent residence in that town was both a blessing and a curse to the composer: on the one hand he occupied a prestigious position, which was safe and stable, but on the other hand he was limited to a local audience, so that his works were largely confined to Bergamo, cut off from the most important international communication channels. We are presented with the opportunity to rediscover this treasure today: an extensive vocal and instrumental oeuvre, largely comparable with Mozarts and Haydns works.

Out of Lenzis entire compositional ouput, his 34 Lamentations for the Holy Week particularly stand out. For this recording, the first lamentation for Good Friday in 1777 and the second lamentation for Maundy Thursday in 1780 were chosen. Both share a modern style, a pathetic-sentimental expression, as well as brilliant and intricately composed vocal parts. They manifest a personal inclination towards the galant style, which is characterised by a strong sense for the word and its setting.

Mozart composed the motet Exsultate, jubilate, KV165, in Milan in January 1773 for the soprano Venanzio Rauzzini. This motet is one of Mozarts most remarkable spiritual works. Its outstanding design has the same characteristics as the compositions of Lenzi: a brilliant euphoria that would develop into a stylistic hallmark of Mozarts works for Milan and for Salzburg.

The Italian soprano Francesca Lombardi Mazzulli is regarded as one the most promising singers of the younger generation. She works with conductors such as Alan Curtis, Christophe Rousset, Alessandro De Marchi, Fabio Biondi, Andrea Marcon, and George Petrou.