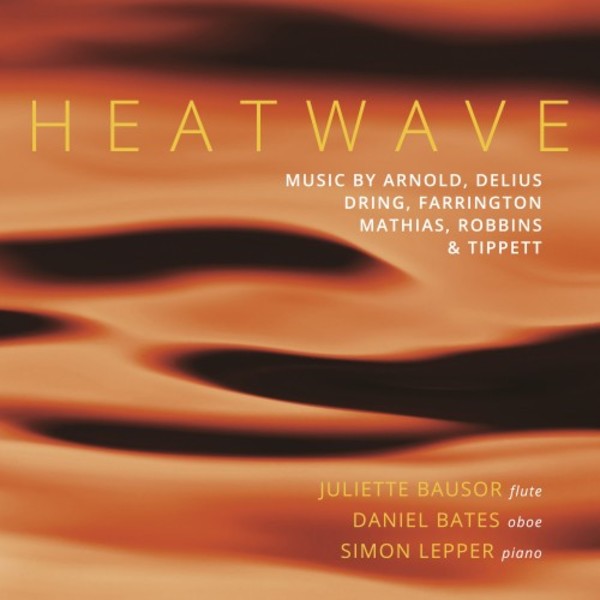 Juliette Bausor, Daniel Bates and Simon Lepper perform trios by British composers, featuring the world premiere recording of Iain Farrington's Heatwave, commissioned by the group in 2006, and works by Malcolm Arnold, Frederick Delius, Michael Tippett, William Matthias, Geoffrey Robbins and Madeleine Dring. The music chosen by the trio surprises and delights  rare compositions brought to life with passion and humour by the group. Their enthusiasm for this repertoire is contagious and their performance brings a joyful touch of summer to even the bleakest of wintry days.
Juliette Bausor is principal flute with the London Philharmonic Orchestra and the London Mozart Players. Daniel Bates is principal oboe with the Orchestra of the Age of Enlightenment, the City of London Sinfonia and the Irish Chamber Orchestra. Simon Lepper is a much sought after and critically acclaimed piano accompanist, appearing worldwide at venues including the Wigmore Hall, Concertgebouw and Carnegie Hall.