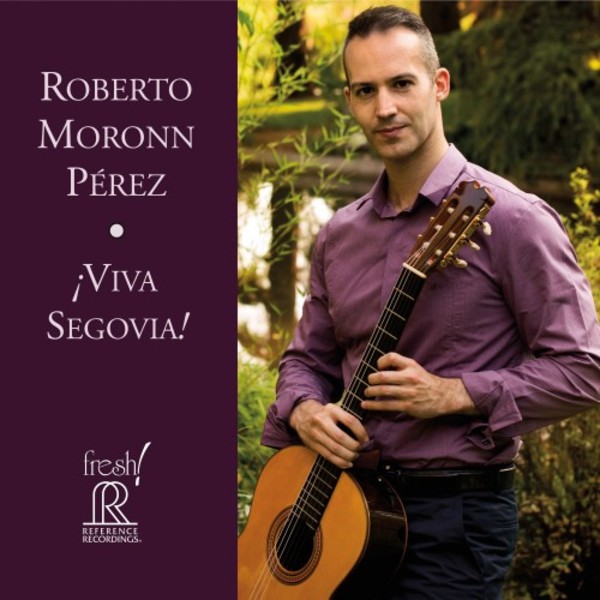 Following two successful albums featuring Spanish and French composers, Roberto Moronn Pérez performs selected works from the Andrés Segovia Archive, this time showcasing the best compositions in the Archive from multiple countries. The genesis for this unique project is a collection of pieces recovered in May 2001 at Segovia's home in Spain. These pieces were dedicated to Segovia or commissioned by him, involving composers from eight countries. They were subsequently published as The Segovia Archive Series by Edizione Musicale Bèrben. Guitarist Roberto Moronn Pérez researched these newly recovered works and found some pieces that had never been recorded, and those that had were handicapped by poor visibility in the marketplace and limited distribution. This realization sparked the thought that here was an opportunity: a series of recordings organized around the nationalities of the composers in the Segovia Archive. Pérez states: My goal in this recording, as it was in my two previous ones, is to put together a high-quality programme of little-known, or in some cases, almost totally neglected gems excluded from the guitar repertoire, and to bring new life to these works, playing with the conviction that this music requires. A man's music is the key to his character and personality, the reflection of his soul, it is the most authentic representation of the composer who wrote it and also of the musician who interprets it.

Spanish-born Roberto Moronn Pérez studied in Madrid, Italy and the UK, graduating with first-class honours and a degree in Musicology from the Universidad Complutense de Madrid. He completed a postgraduate programme at the prestigious Royal Academy of Music in London, where he received the Julian Bream Prize and was selected to participate at the Wigmore Hall Award. A prize-winner of many international competitions, Roberto has appeared as soloist in Spain, Switzerland, Italy, the USA, the United Kingdom, Ukraine, Germany and Japan, and in concert with numerous Spanish orchestras. Recently, he played the famous Concierto de Aranjuez with the Los Angeles Chamber Orchestra and the National Symphony Orchestra of Ukraine.

This new album was recorded in the lovely acoustics of Holy Trinity Church, Weston, Hertfordshire, U.K. It was produced, recorded and edited by the outstanding U.K. engineer John Taylor. Mastering is by Reference Recordings own Grammywinning engineer Keith O. Johnson.

Fresh! is part of Reference Recordings mission to encourage new artists and give them a strong platform for promotion and sales nationally and internationally.