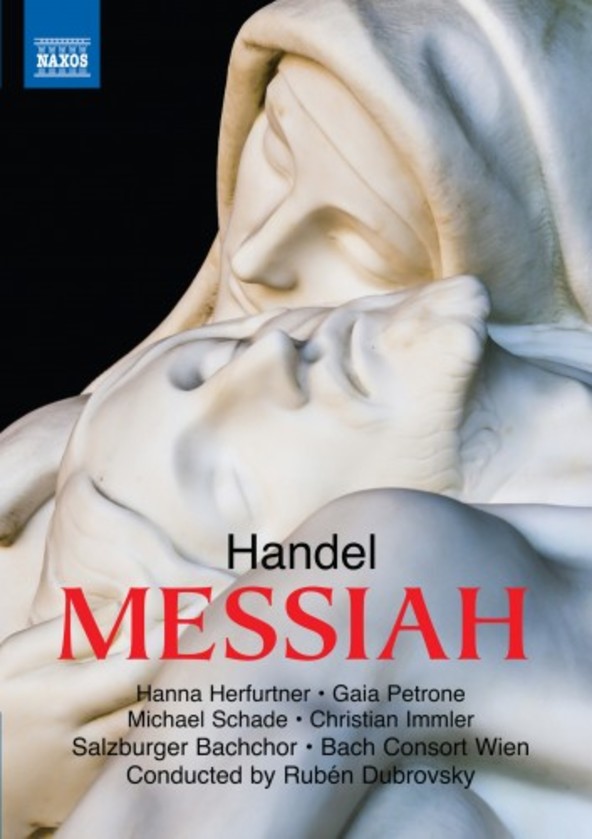 Described by librettist Charles Jennens with typical English understatement as a fine entertainment, Handels Messiah was initially controversial as a biblical oratorio written for secular theatres. Within years it was however being received with universal applause and its composerʼs purpose in delighting and charming his listeners has made this masterpiece an international favourite ever since. This eye-catching, audiovisual recording of Handelʼs masterpiece with its cast of renowned soloists captures the 2016 Easter concert in the impressive baroque Basilica of Klosterneuburg, Austria.

Founded in 1999, by director Rubén Dubrovsky, Bach Consort Wien quickly became one of the prominent baroque ensembles in Austria. The ensemble has performed at numerous festivals and concert halls. In recent years, the Bach Consort Wien has particularly distinguished itself as an opera orchestra. The first Viennese production on original instruments of Mozarts later work La clemenza di Tito was especially praised by the press. Faithful to the spirit of chamber music since the foundation of the ensemble, the soloists of the Bach Consort Wien, under the leadership of the concertmaster Agnes Stradner, perform in various chamber music formations.

The Salzburg Bach Choir is among Austrias leading vocal ensembles, regularly appearing not only as a regular guest at the major Salzburg festivals but also appearing on international stages in Germany, France, Italy, Greece, Romania, the Netherlands, Turkey, and Spain.