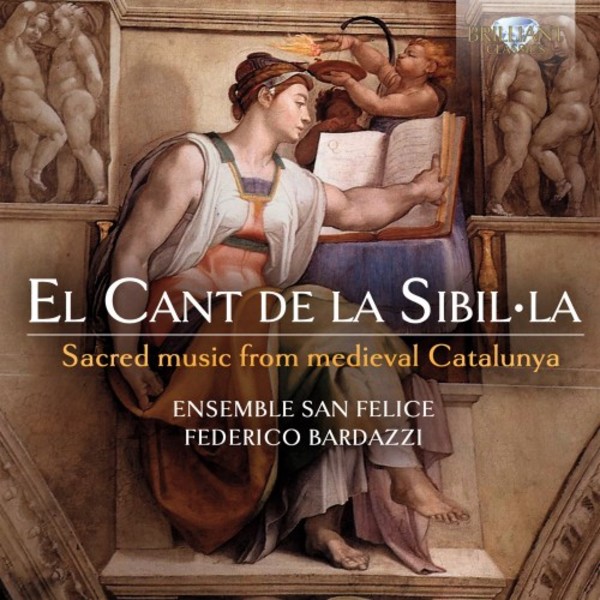 Who were the pilgrims who climbed the treacherously steep mountain to the monastery of Montserrat in northern Spain? And what kind of music would have accompanied their journey? This release imagines Christmas Eve in medieval Catalonia, built around the 'song of the Sibyl'. The tradition of the singing Sibyl was not unique to Montserrat, but it was covertly practiced there long after it had been outlawed by the Council of Trent in 1575. The Sibyl was a pre-Christian woman who prophesied the coming of Christ; during the Middle Ages, a boy would dress up as the Sibyl and, blindfolded, sing the famous verses, normally in the third nocturn of the Christmas Day matins service. This recording uses the Catalan version of the Sibyl's song found in the archives of Barcelona Cathedral. Another Catalan book from the same period, the Llibre Vermell de Montserrat, also informs much of this programme. It would have provided pilgrims with suitably religious music to sing on their approach to the cathedral, rather than secular songs and dances. The additional use of Gregorian chant sets the Cant de la Sibilla in its original context of the early morning matins, before these were standardised into the Office of Readings. Finally, the addition of a traditional secular Catalan song  which tells the story of the doomed Count Arnau  marks the period in the night when the pious pilgrims, eagerly awaiting the opening of the monastery, would give the floor over to storytellers.

This CD is the result of a unique project involving professional and amateur artists. The project was premiered as the first concert of a new annual festival in Florence run by Federico Bardazzi and Alessandra Montali, 'InCanto Armonico'. Established group Ensemble San Felice, who, under Bardazzi's direction, have previously made several successful CDs, were paired with the children's choir of the Cathedral of Sarzana, Pueri Cantores, who make up the 'voci bianche'. Featuring young soprano soloist Chiara Galioto, and performed on period instruments, this recording provides the listener with an enchanting aural portrayal of medieval Catalonia.