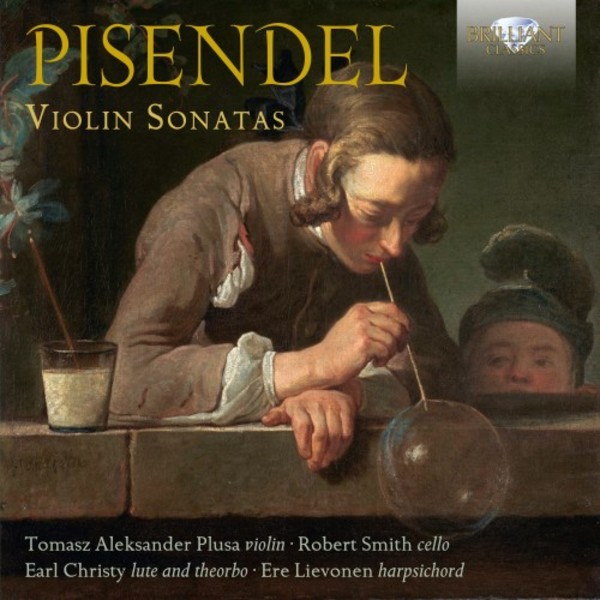 Johann Pisendel was the German violinist of his age; one whose total mastery of the instrument, and its expressive possibilities as filtered through both the Italian and German styles prevalent in the high Baroque era, made a fundamental impression on both Telemann and Bach. Without Pisendel, it is fair to say, there would be no Sonatas and Partitas for solo violin; Pisendels own fiendish unaccompanied sonata served as a model to Bach and survives partially in a publication by his great friend Georg Philipp Telemann.

As is the case with Bach, Pisendels accompanied violin sonatas, in which the violin is joined by a continuo ensemble, are scarcely less demanding. They, too, are four-movement works, often in the classic slow-fast-slow-fast pattern laid down by Geminiani and Corelli and doubtless taught to Pisendel when he was a boy in Ansbach by Giuseppe Torelli, a musician in the court chapel and a fine composer in his own right.

Further instruction was provided by the powerfully individual leader of music at the court chapel in Dresden, Johann David Heinichen; throughout his career, Pisendel enjoyed happy association, often close friendship, with the great composers of his day; later in life, these included both Telemann and Zelenka. Perhaps because of these associations, Pisendel set himself the highest standards in composition; unlike most of his contemporaries, he subjected what he wrote to continual correction and revision, which may also account for the relatively succinct nature of his output.

Four such sonatas are presented here, and divided from each other by movements from the many lute sonatas by Pisendels exact contemporary Sylvius Leopold Weiss. They are played here by the young Czech early-music virtuoso Thomasz Aleksander Plusa, who in his own, extended booklet notes, gives an account not only of Pisendels life and work but also of his affinity with this music: Each one was as surprisingly beautiful as the previous, and no less unique [in Pisendel] the idiom of the violin is brought to its peak.