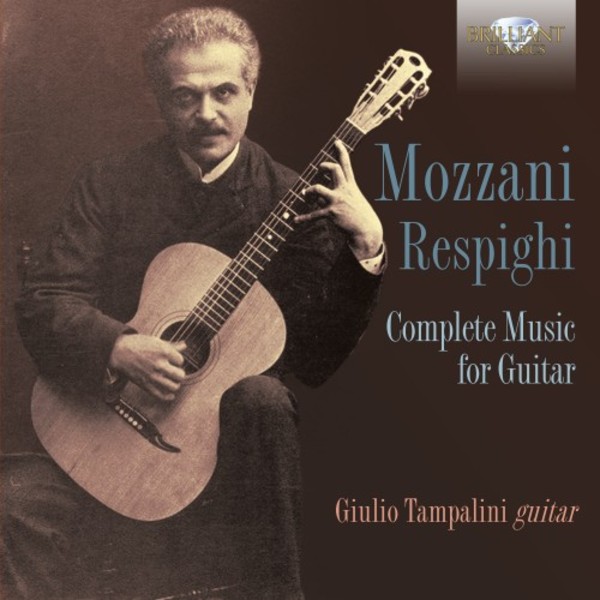 The wirily coiffured man in his middle years who glares from the cover of this new Brilliant Classics release is Luigi Mozzani. Perhaps he has misgivings about his picture being taken; if so, it does not apparently unsettle his playing. His left-hand position suggests a stretch of unusual breadth: a Rachmaninov of the guitar, perhaps. The expression, without being too fanciful, suggests a man of pride and personal independence, and gives life to a remarkable story.

Mozzani was born into grinding poverty in 1869 but as a child gained a basic musical education that enabled him to earn a living in his home-town of Faenza as a clarinettist in the town band. He taught himself the guitar, and more profitably learnt the oboe, which eventually took him across the Atlantic where he became a member of the New York Philharmonic. There too he published a method-book for the guitar which, once he had returned to Europe, made his name in the guitar fraternity. By the turn of the century, as a player, teacher and maker of guitars, Mozzani had found his metier.

His output was not large, and focused on education, but full of original lyric inspiration (complemented here by the sole work for guitar of another born Italian melodist, Ottorino Respighi). The studies are as much tone-pictures as they are technical exercises, no less satisfying as a listening than a playing experience. As wider audiences will now appreciate, his works certainly belong to the finest guitar repertoire of the late 1800s: they have never been gathered together on a single CD, and many of the pieces here receive first recordings. For further historical resonance, Giulio Tampalini presents them on a guitar, built by Mozzani, which once belonged to Andres Segovia.