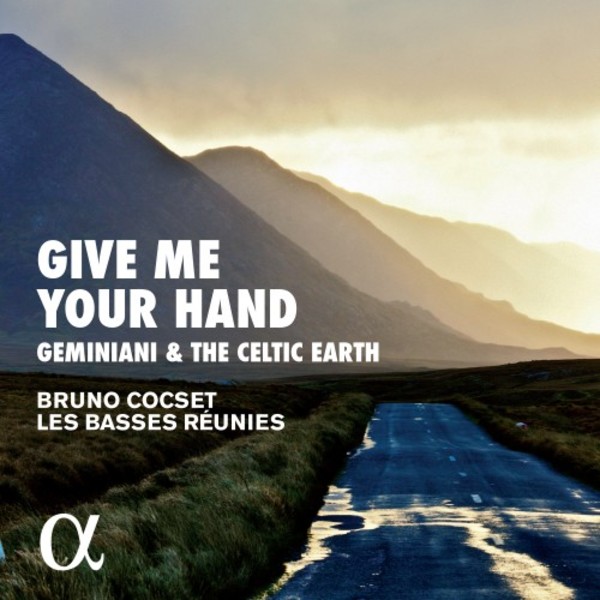 Give Me Your Hand: Geminiani & the Celtic Earth

Some of the Italian musicians who came to London to make their fortunes found themselves influenced by the Celtic lands and their rich tradition of folk music. They were in their turn admired and sometimes even copied by their counterparts in the British Isles. This recording shows the outcome of that encounter. Lorenzo Bocchi was probably the first Italian cellist to settle in Edinburgh, in 1720. Francesco Geminiani (1687-1762) arrived in Dublin in 1733. Since 1714 he had been resident in London, where he performed with Handel, but his passion for art dealing landed him in prison. The Earl of Essex then took him under his protection in Dublin, where he swiftly acquired a high reputation. In 1749 he published in London a collection of songs and tunes arranged as sonatas for several instruments combined with a treatise that gives us much useful information on how to play this music. James Oswald (1710-1769), whom Geminiani greatly admired, was a prolific Scottish composer. Turlough OCarolan (1670-1738), a harper who went blind at the age of eighteen, travelled throughout Ireland as an itinerant bard in the service of aristocratic families. This disc brings these four musical protagonists together in an imaginary meeting (or perhaps it actually took place!) in Dublin.