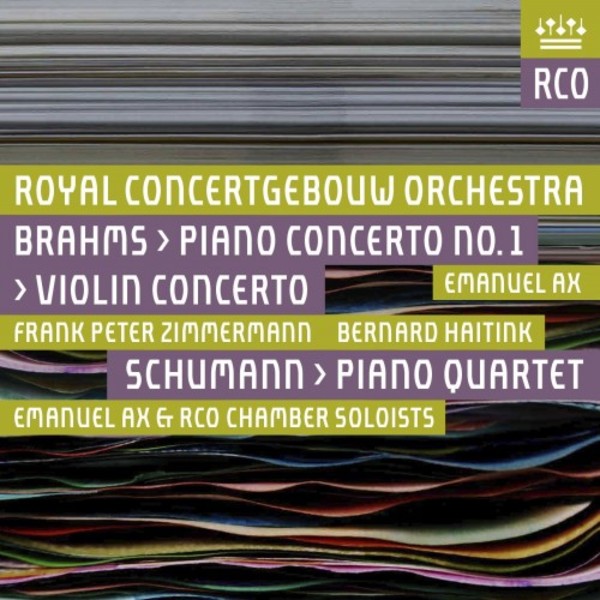 Bernard Haitink was the Royal Concertgebouw Orchestra's chief conductor from 1961-88, and was named honorary conductor in 1999. This album features his 2010 live Brahms recordings with Emanuel Ax (Piano Concerto No.1) and Frank Peter Zimmermann (Violin Concerto). A brand new studio recording of Robert Schumann's Piano Quartet with Emanuel Ax and RCO principals Vesko Eschkenazy, Henk Rubingh and Gregor Horsch is offered as a coupling.
' [Ax's] breathtaking interpretation of the [Piano Concerto's] Adagio ...' - Peter van der Lint, Trouw
' enchanting moments of peacefulness [in the Piano Concerto].'  - Frederike Berntsen, Telegraaf
' with commitment and effortless ease [Zimmermann] made the [Violin Concerto] seem newly appealing. He produced such a wonderful array of colour and expressiveness for each movement that the work's many moods [] had a quality of freshness and spontaneity that was a delight to hear.' - Bill Kenny, MusicWeb