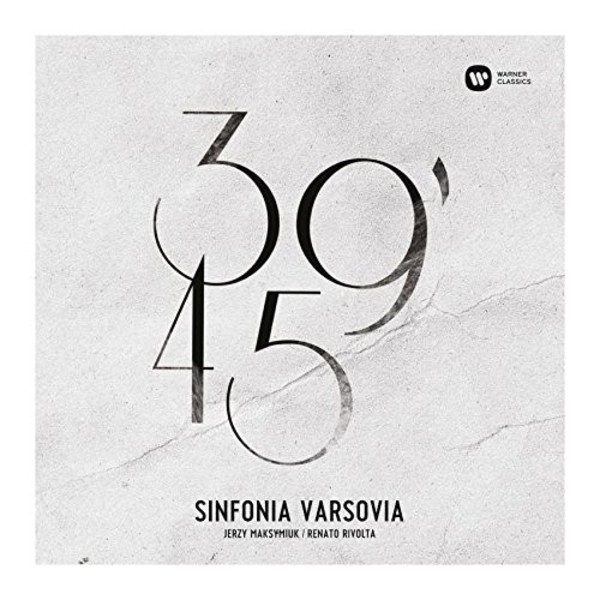 3945: breathtaking performances of the renowned Sinfonia Varsovia recorded under the baton of Jerzy Maksymiuk and Renato Rivolta featuring works from the orchestras native Poland written during the Second World War by Lutosławski, Rathaus, Tansman and Panufnik.
What is music in the face of war? Its mirror, reflection, or perhaps an escape? Composers who lived in this age of anxiety explored the theme of war in various ways. Some found solace in music, giving vent to their most difficult experiences and memories. Others sought oblivion, expressing themselves in warm, hopeful emotional terms in spite of everything. There were those who saw their music as manifesto, creating ideologically and politically charged works. This album  lasting exactly 39 minutes and 45 seconds is the first in a planned series devoted to the music composed during the occupation and marked by war. The series will shine the spotlight on long-forgotten and little-known music from the generation of composers who lived through this period of history. The albums length and title symbolically evoke this tragic turning point in the history of Polish music, framed by the dark years of World War II.
The repertoire encompasses works written by young, promising composers from the period immediately preceding the outbreak of the war, which hampered the development of their international careers, as well as  music composed after the war, by artists deeply affected by the trauma that devastated occupied Poland. The album also includes the world premiere recording of Music for Strings (Muzyka na smyczki) by Karol Rathaus.