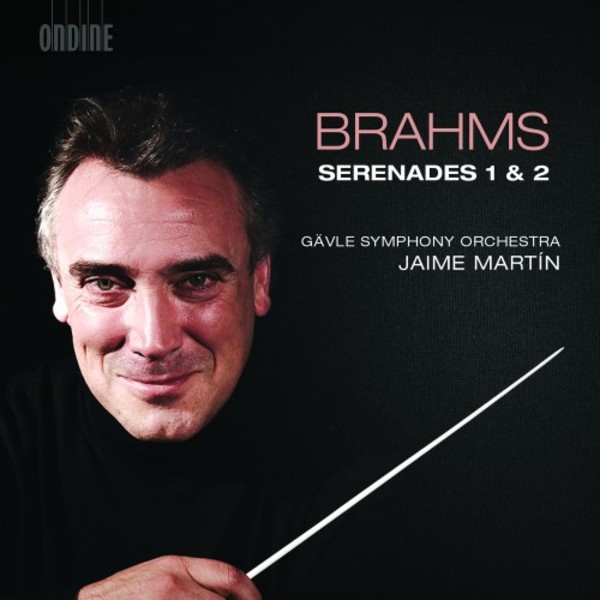 This Ondine recording is the first instalment in a series of Brahms recordings with the Gävle Symphony Orchestra and their chief conductor Jaime Martín. Together with the orchestra Martín offers delightful interpretations of these two early examples of Brahmss orchestral writing.

Jaime Martín became the Artistic Director and Principal Conductor of the Gävle Symphony Orchestra in 2013. During recent years orchestral engagements have led the rising conductor to collaborate with several prominent orchestras around the world. Martín is also Chief Conductor of the Orquestra de Cadaqués and known for his active career as solo flautist.

Anyone who champions Brahmss gloriously eccentric, lyrical and capacious Serenades  No 1 in D with six movements, No 2 in A with five  deserves full attention. Here they get it. Jaime Martín was chiefly a flautist until switching careers to full-time conducting in 2013. ... Despite occasional thickening of textures, theres some lovely playing, with warm woodwind and horns and nice, crisp syncopations. Martín does not allow the tempi to drag: important in works that need to be kept agile and alert to reveal their special charm.  Fiona Maddocks
The Observer 5 March 2017