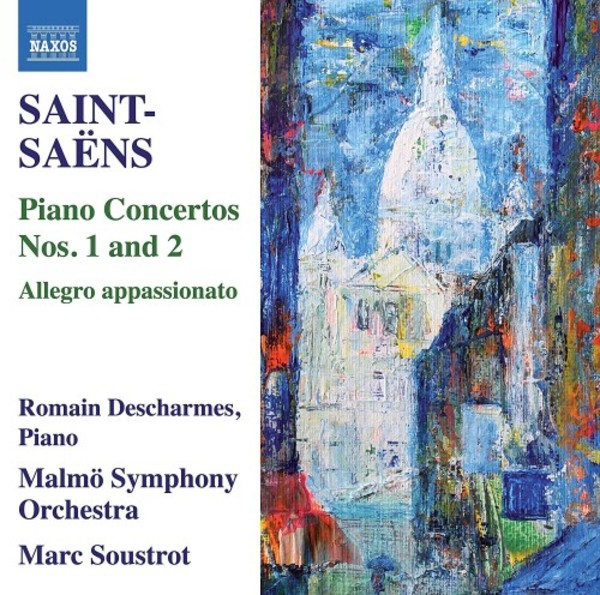 The sheer attractiveness of Saint-Saënss music has ensured its immortality in the canon of French romantic composers. Spanning almost four decades, his five piano concertos vary widely in character but offer some of his most exciting if unorthodox creations, and represent an important evolutionary phase in the French piano concerto. The Piano Concerto No.1 in D major, widely considered the first by a major French composer, is a youthful and exuberant piece, and the virtuosic Piano Concerto No.2 in G minor is one of Saint-Saënss most popular and frequently performed works in any genre.

Since his noteworthy début with the Orchestre de Paris in May 2012, Romain Descharmes has established himself as one of the foremost French pianists of his generation. Winner of the Dublin Competition in 2006, he has appeared in concerts in the United States, Canada, the United Kingdom, Sweden, Italy, France, Japan, China and elsewhere, collaborating with the Orchestre de Paris under Paavo Järvi and Ingo Metzmacher, the Malmö Symphony Orchestra and the Aarhus Symphony Orchestra under Marc Soustrot, the Orchestre National de Lyon under Leonard Slatkin, and the Shanghai Philharmonic Orchesta, among others. He has been the guest of several renowned festivals and venues, including La Roque dAnthéron, Piano aux Jacobins, Carnegie Hall, Wigmore Hall, and the Berlin Philharmonie.