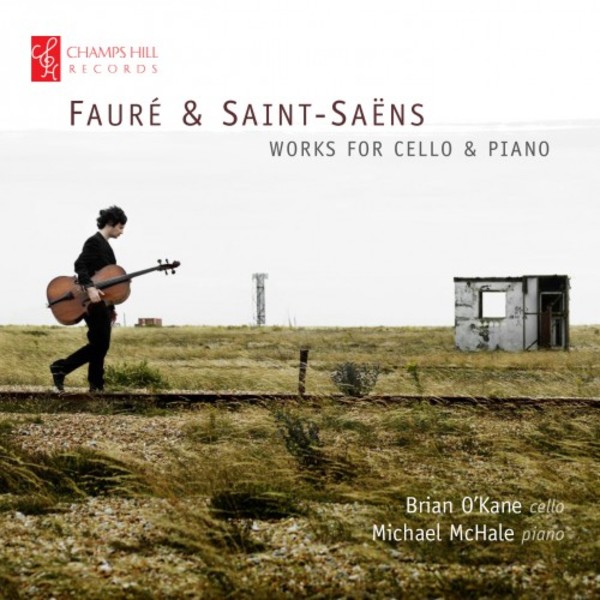 Cellist Brian OKane and pianist Michael McHale explore the contrast and similarities between the works of Fauré and Saint-Saëns  two composers who met in a studentteacher relationship that would grow to become an enduring friendship. OKane writes in the introduction to this disc:

Gabriel Fauré is a composer who seemingly divides opinion. For me, his writing is fascinating and timeless and I unashamedly adore it. His two cello sonatas in particular display Faurés unique and intriguing voice, and their divine unending melodies celebrate the cellos best registers.

The making of this disc was primarily inspired by those works, as well as some of Faurés own influences and inspirations, which came in no small part from his mentor and teacher Camille Saint-Saëns. The evident connections in style, structure, phrasing and melody make for a fascinating comparison.

Irish cellist Brian OKane enjoys a busy career as both soloist and chamber musician. Since winning first prize at the Windsor International String Competition in 2008, he has made his debuts with the RTÉ National Symphony Orchestra, the Philharmonia Orchestra under Ashkenazy and in recital at the Wigmore Hall. Brian is a former Rising Star of Irelands National Concert Hall and has performed at Seouls Performing Arts Centre and with a cello ensemble at the BBC Proms.

Winner of the Terence Judd / Hallé Award in 2009, Belfast-born Michael McHale has established himself as one of Irelands leading pianists. He has performed as a soloist with the Minnesota, Hallé, Moscow Symphony and Bournemouth Symphony Orchestras, the London Mozart Players, City of London Sinfonia and all five of the major Irish orchestras, and performed at the Tanglewood Festival, Wigmore Hall, London, Berlin Konzerthaus, Suntory Hall, Tokyo, Lincoln Center, New York, Symphony Hall, Boston and Pesti Vigadó in Budapest.

This album celebrates two composers of some of the finest of all French cello music. Saint-Saëns and Fauré, not obvious bedfellows and 10 years apart in age, first met when the former taught the latter piano and composition in Paris in the 1860s. ... The Irish cellist Brian OKane has paired their music  predominantly the first sonata by Saint-Saëns and the two by Fauré, with romances and occasional pieces. ... Both players capture the wistful nature of Faurés music and the flowing lyricism of Saint-Saëns with unerring elan.  Fiona Maddocks
The Observer 19 March 2017