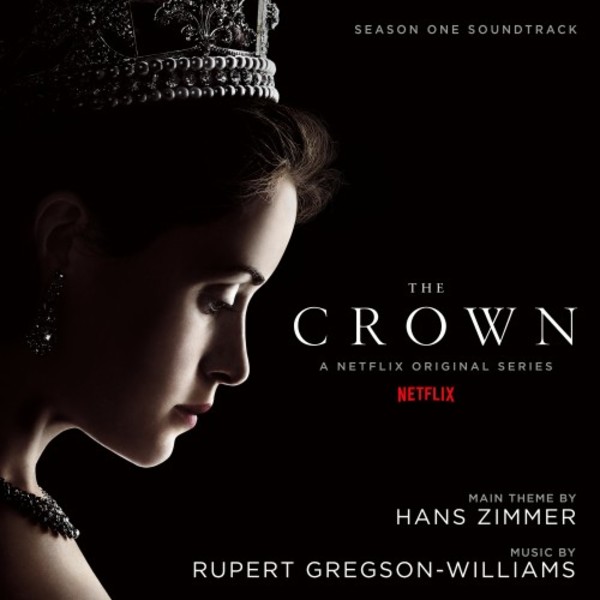 The Crown: Season One Soundtrack

Rupert Gregson-Williams is one of Britain's leading commercial film arrangers, sometimes composing scores, but very often being called in to provide additional music or to arrange. Rupert had been intrigued by the use of classical music in film since Visconti used Mahler's music in Death in Venice. Soon after his first projects, established film composer Hans Zimmer asked him to join his organization Media Ventures, which provided music for film, television, advertisements, and other commercial uses. Gregson-Williams worked directly with Zimmer on the score to The Prince of Egypt, composing certain sequences in the film using Zimmer's melodies to the composer's specifications. He is known for his work on Hotel Rwanda (2004), The Legend of Tarzan (2016) and Hacksaw Ridge (2016).

For The Crown Rupert Gregson-Williams once more cooperates with multi-awarded composer Hans Zimmer who wrote the theme for the television series. Since the 1980s, Zimmer has composed music for over 150 films. Moreover Scottish film composer Lorne Balfe contributed to the soundtrack, who is currently a member of Zimmers Studio Remote Control Production. He is known for his work on Inception (2010), Iron Man (2008) and The Dark Knight (2008).