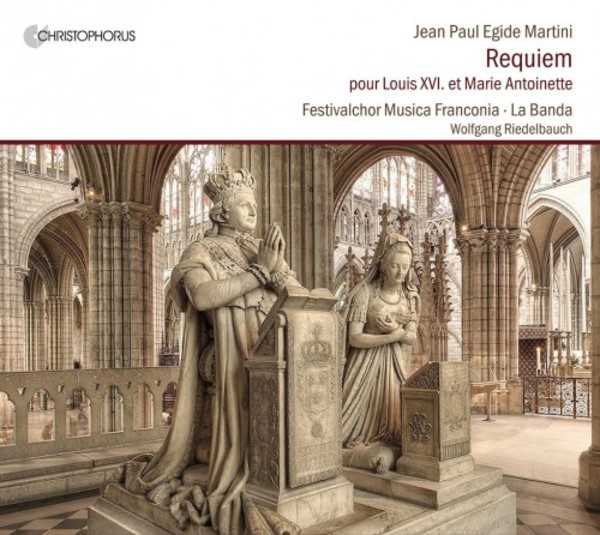 Louis XVI was the last king of France (1774-92) in the line of Bourbon monarchs preceding the French Revolution of 1789. Louis and his queen consort, Marie-Antoinette, were guillotined in 1793 on charges of counter-revolution.

Following the abdication of Napoleon Bonaparte in 1814, the Bourbons returned to power in France and restored the system of monarchy under Louis XVIII. During this process, they also introduced a number of highly symbolic cultural acts as a public representation of the Bourbon dynasty. In 1815, the new king Louis XVIII had the mortal remains of Louis XVI and his wife Marie Antoinette removed from the Cimetière de la Madeleine in a solemn ceremony, taken to Saint Denis and placed in separate graves in the crypt. It therefore came about that Jean Paul Egide Martini, 'Surintendant de la musique du roi' and composer of the famous 'Plaisir dAmour', was offered the prestigious commission to compose the first large-scale Requiem in memory of Louis XVI. His work was first performed in the Cathedral of Saint Denis on 21 January 1816, the anniversary of the execution.