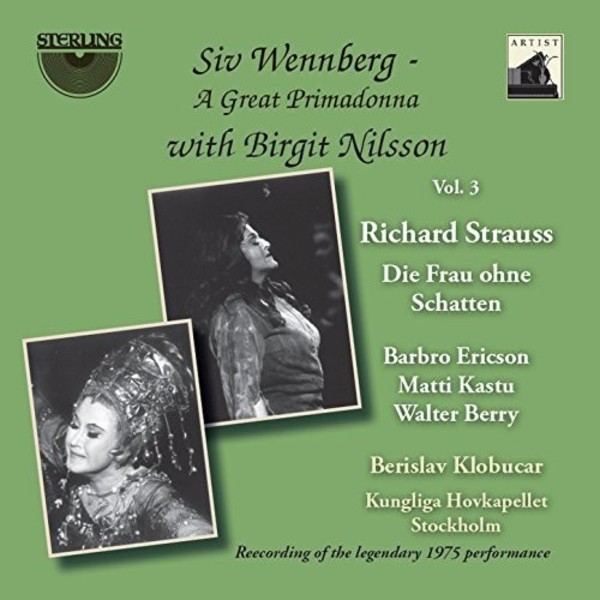 This is the recording of the 1975 performance in Stockholm. Already nearing the end of her career, Birgit Nilsson renders some glorious singing with ever-powerful high Cs. The success was enormous and the performance was to be considered legendary. One reviewer wrote that this performance was the greatest in 200 years. It was opera history the way the world premiere performance of ONeills Long Days Journey into Night in 1956 was in Stockholm.

The opera was performed a few more times during spring of 1976. In 1978 it was broadcast on television as they wanted to document this performance with Birgit Nilsson. Many expected the opera to be released on DVD after the death of Birgit Nilsson, but the opera director Nikolaus Lehnhoff has forbidden another television performance. Now, however, you can hear the performance on CD, at least.