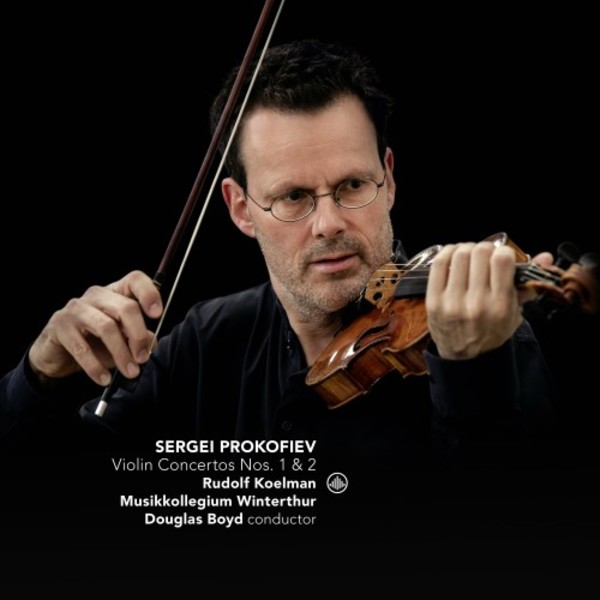 During the summer of 1917, whilst World War I was raging, Prokofiev found inspiration for his First Violin Concerto during walks through the fields. The concertos premiere in Paris did not take place until 1923. The Parisians found it harmless and old-fashioned. Despite putting all violinistic techniques to the test, the work indeed features a distinctly lyrical character. Even if Prokofiev resisted reproaches made against the style of this work, he nonetheless paid heed to them: in the works written immediately after this concerto, he adopted a markedly more modern pace.

Unlike the first concerto, the Violin Concerto No.2 was not written in the idyll of nature, but during Prokofievs nomadic phase in 1935 between Paris, Voronezh, Baku and Madrid, where it was premiered: I wanted something completely different, in terms of both content and form. Whereas many listeners are reminded of spring-like feelings in the first concerto, Prokofiev strikes a more nostalgic, sometimes even romantic, note. The writing is often reduced, homophonic, preferring chamber scorings to full textures.

Rudolf Koelman regularly performs as soloist with internationally renowned orchestras, such as KBS Symphony Orchestra, Tokyo Philharmonic, the Royal Concertgebouw Orchestra, Amsterdam Sinfonietta, WDR Radio Orchestra, the Dutch Radio Philharmonic and Chamber Orchestra, Combattimento Consort and many others. One of Jascha Heifetz's last pupils (LA, 1978 to 1981) and concertmaster of the Royal Concertgebouw Orchestra (until 1999), Koelman also teaches at the Zurich University of the Arts (ZHdK). He has made numerous recordings, among them the Prokofiev Violin Sonatas, and his previous CD for Challenge Classics, Paganinis Violin Concertos 1 & 2 with the Netherlands Symphony Orchestra under Jan Willem de Vriend, won the prestigious Edison Award in The Netherlands in 2010.