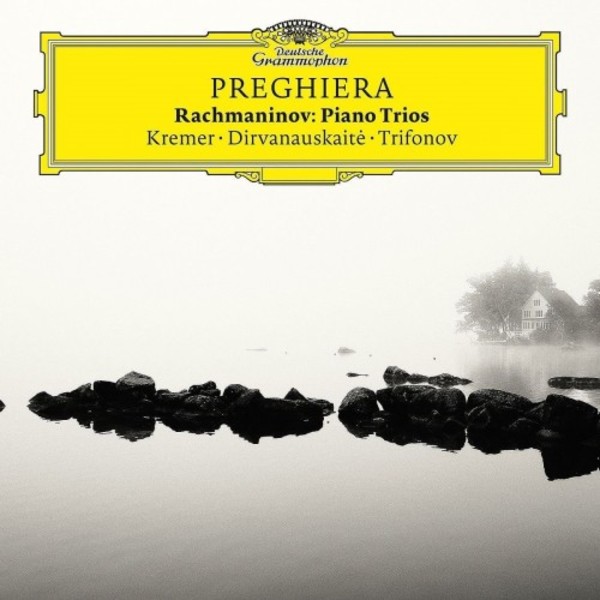 A dream team" trio of interpreters for these deeply emotional masterpieces of Russian Romanticism.

Gidon Kremer is celebrating his 70th birthday on (27 February 2017) with a special chamber music programme together with outstanding young pianist Daniil Trifonov and renowned cellist Giedrė Dirvanauskaitė, both of whom he personally chose for this recording.

It is an album full of correlations and a clear underlying conception. Neither Gidon Kremer nor his musical confederates care about brilliant effects; their concern is always to unveil the truths and messages hidden in the music. To me, Kremer explains, being an artist has always been a calling. But, he emphasizes, I dont want this by any means to sound emotive, because I dont consider myself important. The music is a source from which I draw energy. I try to convey this energy  with notes, with my repertoire, with my choice of musicians. I also try to go my own way and to find companions  interlocutors  who can help me, and with whom I can converse in the language of music.

He found such companions in Daniil Trifonov and Giedrė Dirvanauskaitė: all three are connected by deep bonds of friendship and an intensive partnership on the concert stage.

For Daniil Trifonov this is another discographic chapter, which he dedicates to his illustrious pianist-composer idol, Rachmaninov, while honouring his friend and mentor, Gidon Kremer. Dirvanauskaitė is a renowned solo cellist in the field of chamber music and has performed with Kremer numerous times as principal cellist of the Kremerata Baltica.

Rachmaninov's two Piano Trios, both bearing the subtitle Elegiaque (elegiac), are dark, passionate works, composed under the influence of Tchaikovsky; the first is a short, one-movement piece rich in typically Slavic sentimentality, the second was written as a personal memorial to Tchaikovsky himself, alternately celebrating the life and grieving the loss of the great Russian composer of whom Rachmaninov said Of all the people and artists whom I have had occasion to meet, Tchaikovsky was the most enchanting. His delicacy of spirit was unique.

This was a performance of a lifetime  LA Times

These early works have not generally had a good press; even Rachmaninovs biographer, Geoffrey Norris, has described the Second as of uneven quality, writing off its second movement ... as an unworthy companion to its memorable and impressive first movement. Kremer and his colleagues have upended that verdict: in their hands, the central movement is an eventful and emotionally elqouent journey... They are equally persuasive in the First, a touchingly elegiac if less characteristic work in the style of Rachmaninovs teacher Arensky. ... even with his dazzling technique... [Trifonov] never overshadows his colleagues, who in turn realise every colour and expressive import of their parts.  Daniel Jaffé (Chamber Choice)
BBC Music Magazine June 2017