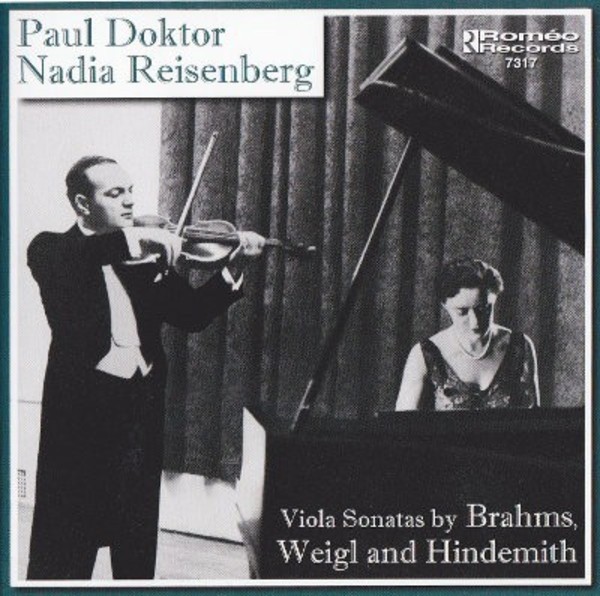 Despite a rich lifetime of solo achievements, Nadia Reisenberg always took the greatest satisfaction in chamber music. Quite aside from professional engagements, an evening of highest delight for her was a gathering of friends in her living room to read through a Schubert trio or a Brahms quartet. Even if some of those friends had day jobs as principals of the New York Philharmonic or the NBC Symphony; they came together to make music for the sheer joy of it. The player becomes humble, she said, because he's less important then the music being played. There is something so beautiful about making a phrase where the sense of teamwork plays such an important role. It's a marvelous, marvelous feeling: to take yourself out of what you can do and into what we can do. In the give and take of chamber music, you discover the most beautiful combination of sounds. You sit there, and you're in heaven.
Original releases:
- Brahms: Westminster LP, recorded January, 1955
- Weigl: Triad LP, recorded ca. 1952-53
- Hindemith: Live performance, Mannes College of Music, 8 May 1963
Weigls Sonata, written in 1940 after the composers emigration to the US, was championed by the present players. Themselves reluctant emigrants, they audibly identify with the musics rueful melancholy and its backward glances to lost happiness, which receive their most heartfelt interpretation.  Carlos María Solare, The Strad, March 2016