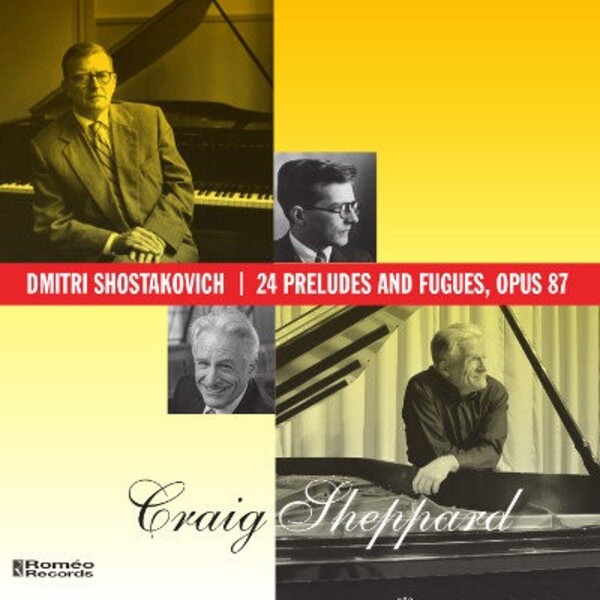 Craig Sheppard was born in Philadelphia in 1947. Following early studies at Curtis Institute with the legendary Eleanor Sokoloff and the Juilliard School with Sascha Gorodnitzki, Sheppard worked with Rudolf Serkin and Pablo Casals at the Marlboro Festival, touring subsequently with Music from Marlboro. Following his New York debut at the Metropolitan Museum in 1972, he won Sliver Medal at the Leeds Competition in England the same year, moving there in 1973 and performing subsequently with all the major British orchestras.He furthered his studies with Peter Feuchtwanger and Sir Clifford Curzon in London and also won bronze medals in Busoni, Dino Ciani and Arthur Rubinstein competitions in those early years. During the twenty years he lived in Great Britain, he also taught at the Yehudi Menuhin School and the Guildhall School of Music and Drama, in addition to giving numerous master classes in both Oxford and Cambridge universities. In the United States, Sheppard has performed with orchestras of Philadelphia, Boston, Chicago, Atlanta, San Francisco, Dallas, Seattle and Rochester, amongst others, under the baton of Erich Leinsdorf, Sir Georg Solti, Kurt Sanderling, James Levine, Michael Tilson Thomas, Esa-Pekka Salonen, Sir Charles Mackerras, and many more.
Craig Sheppard is devoted to collaborative work, and over the years has worked with the Bartók, Cleveland and Emerson string quartets, singers Victoria de los Angeles, José Carreras, and Irina Arkhipova, violinists Ida Handel, Sylvia Rosenberg and Mayumi Fujikawa, and many musicians of the younger generation, amongst whom James Ehnes, Augustin Hadelich, Richard O'Neill, Edward Arron and Johannes Moser.
Professor of Piano at the School of Music of the University of Washington in Seattle since 1993, Sheppard's students have gone on to distinguish themselves as pedagogues and performers in universities  and conservatories through United States, Europe and Asia.  With colleague, Dr. Robin McCabe, Sheppard is Co-Founder and Co-Director of the Seattle Piano Institute,  an intensive course for aspiring young pianists held every July at the University of Washington.