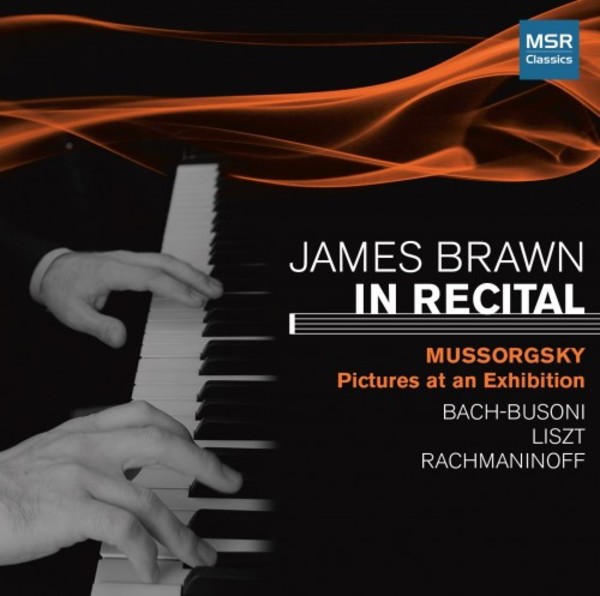 James Brawn in Recital Vol.1: Mussorgsky - Pictures at an Exhibition

An Australian debut in Mozarts Piano Concerto No.25 marks the start of pianist James Brawns solo career at age 12. Brawn credits subsequent achievements to the great pianists with whom he has studied, taking pride in teachers who trace their pedagogical lineage back to Beethoven, Chopin, Liszt and Clara Schumann. Yet he has forged his own musical path as well as a soloist, chamber musician and pedagogue. Born in England in 1971, his career in music began in New Zealand, where he began piano lessons at age seven. He played Bartók on New Zealand television and won his first awards in Auckland. The family moved to Australia the following year, where he studied with Margaret Schofield, Ronald Farren-Price and Rita Reichman, winning major prizes at all the Melbourne competitions and the Hephzibah Menuhin Award. In 1987, Brawn reached the concerto final of the ABC Young Performers Awards, which led to concerts with the Adelaide and Melbourne Symphony Orchestras. He continued study with Rita Reichman in Philadelphia on a grant from the Australia Arts Council, and in 1988 received a full scholarship to the Royal Academy of Music in London, where he won many recital awards, including the Beethoven Prize and 20th Century Prize. At age 19, Brawn won the Keyboard Final of the Royal Over-Seas League Music Competition at the Queen Elizabeth Hall, which resulted in solo recitals and chamber music partnerships at music societies and festivals in the UK. From 1993-2001, Brawn taught piano and chamber music at Kings College and St. Johns College schools in Cambridge. In 2001, he returned to Australia to take up a piano teaching position at highly regarded Scotch College, where he co-founded the biennial Scotch College Piano Festival. Brawn has recorded for RTHK Radio 4 in Hong Kong, ABC Classic FM, and 3MBS radio in Melbourne. He returned to the United Kingdom in 2010 and is currently based in the Cotswolds. He performs regular solo recitals in London, including St. Jamess Piccadilly, Blackheath Halls, Foundling Museum, The Forge, Royal Over-Seas League and St. Olave Church. Significant engagements include the Bösendorfer concert series at St. Mary Magdalene and the Pianists of the World series at St.Martin-in-the-Fields. Brawn has performed in master classes with András Schiff, Tamás Vásáry and Stephen Kovacevich, and studied chamber music with members of the Amadeus and Chilingirian Quartets. Recital performances have taken him to Paris, Sicily, Hong Kong, Brunei and New Orleans.
In this recital, his melting sensitivity in Liszt's Consolation No. 3 compares with the heft he brings to Rachmaninoff's Prelude in B minor No. 10 and to Mussorgsky's Pictures at an Exhibition. It's impressive. He's definitely one to watch.  Stephen Pritchard, The Observer, 26 October 2013 (4 stars)