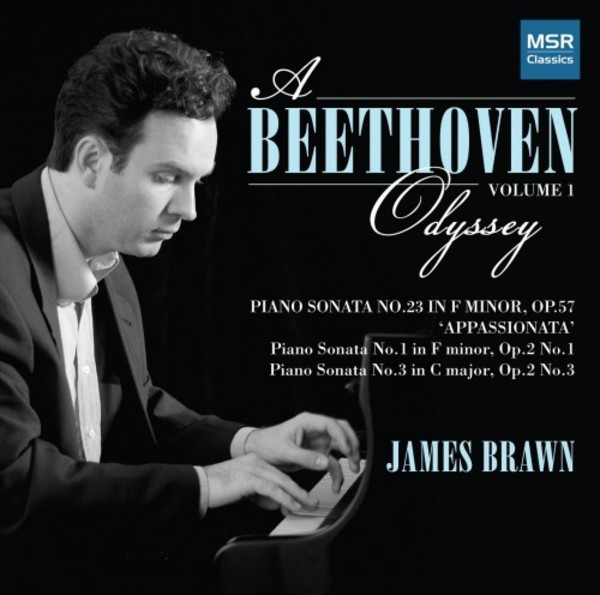 Like the immortal plays of William Shakespeare, Ludwig van Beethovens thirty-two piano sonatas are the highest expression of Western culture. In the late nineteenth century, the great pianist and conductor Hans von Bülow remarked that they were the pianists New Testament. The sonatas chronicle a tumultuous period in Beethovens life that lasted from his mid-twenties to early fifties. Beethovens spirit profoundly animates, moves, and informs the performance of these works. So it is hardly any wonder that they constitute a central pillar of the concert pianists repertoire.
Beethovens music accompanies musicians throughout their lives. As a child, James Brawn experienced the dramatic opening strains of the Fifth Symphony and listened to his mother practise the haunting Moonlight sonata. These early impressions inspired him to begin piano study while living with his family in New Zealand. He first performed Beethovens sublime Piano Concerto No.4 in G major in Australia at the age of thirteen.
During his teenage years in Australia, Brawn studied with pupils of Beethoven interpreters like Solomon Cutner, Claudio Arrau, and Rudolf Serkin, all of whom had a strong connection to and affinity with the composers music. He later entered the Royal Academy of Music in London, where he received the Beethoven Prize for a performance of the Waldstein sonata. More recently, he has given recitals in both hemispheres that included the Pathétique, Moonlight, Tempest, Waldstein, Appassionata, and Les Adieux sonatas.
These pieces are entirely modern, relevant, and  necessary to life in the twenty-first century. The pianist finds himself in the role of time traveller and medium, thus becoming the link between Beethoven and present-day audiences. Despite their enormous physical, intellectual and emotional challenges, these sonatas provide the kind of artistic fulfillment that pianists like Brawn crave. Listeners all over the world are the lucky beneficiaries of recording projects such as this, which make new and highly personal interpretations of these great works available to a larger audience.
excellent instrument and vivid engineering [the F minor sonata Adagio is] eloquent and well sustainedthe Scherzos lines [from Sonata No.3] sparkle with character and wit  Jed Distler, Gramophone, August 2013
"this British-born pianist who appears to have lived all over the world still supplies significant pleasure in the first volume of his Beethoven Odyssey, already on sale online... [the] Sonata No.3 [and] the Appassionata [are] crisp and forthright, thoughtfully phrased, with a judicious balance between head and heart.  Geoff Brown, The Times, March 2013