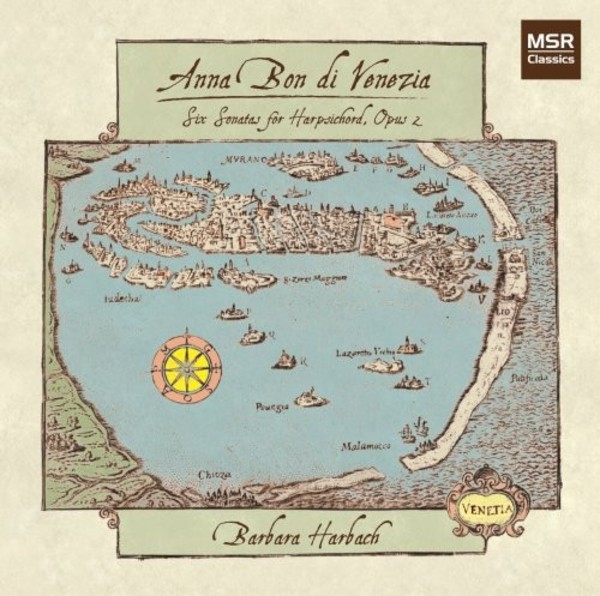 The short life of Anna Bon di Venezia (c.1740-1767) remains mysterious, yet intriguing. Little is known about her early years, although she referred to herself in the dedications to her compositions as Anna Bon di Venezia. Apparently her parents were successful, her mother as an opera singer and her father as a stage designer, and eventually all three were hired at the court of Prince Nikolaus von Esterházy. The last known historical date for Anna Bon is in 1767, when she married an Italian tenor. Following a pattern typical of women composers and performers of the time, she apparently abandoned her musical career after marriage. Fortunately, however, she left us a tantalizing musical legacy of two works.
Barbara Harbach has been an advocate of women composers, both historically and contemporary, since the beginning of her career. She has received numerous grants to edit and publish women composers such as Maria Hester Reynolds, Olivia Dussek, Fanny Mendelssohn Hensel, Clara Schumann and many others. Her interest in women composers has taken her into European and American libraries, getting microfilm of historical editions, editing the manuscripts, publishing them and then recording the works. To her great delight, she has recovered several child prodigies  Anna Bon and Elizabeth Weichsell Billington (1765-1818). Her lively performances and recordings have captured the imagination of many American composers, and the body of work written for and dedicated to Harbach is substantial.
Harpsichord by Willard Martin (1989), copy of an 18th-century two-manual instrument by François Blanchet
The emphasis [of these works] is generally on grace and charm... Harbach plays with considerable skill, wit and obvious affection for young Anna's music.  International Record Review, July/August 2008
Barbara Harbach is a splendid musician whose commitment to excellence as a performer informs all of this music with not only Bon's evident spirit of fun but also her contrasting moods of reflection and energy. In other words, she has taken fairly ordinary music with a few extraordinary moments and made it all sound rather excellent by virtue of her interpretive brilliance and total identification with the material. This is extraordinary harpsichord-playing by any measure. I would buy this recording just to hear this woman play...because she elevates every note and phrase into a realm beyond the written score. This album is a triumph for Harbach and a vindication of her decision to record these works.  Fanfare, September/October 2008