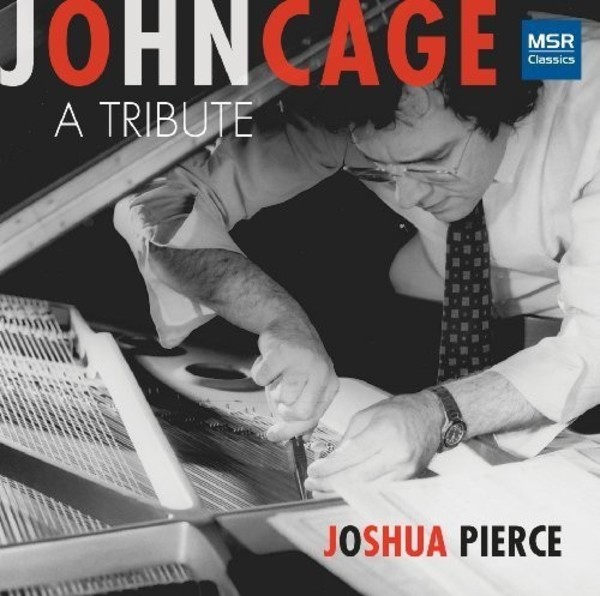 John Cage wrote for keyboards throughout most of his life. He was famous for inventing the so-called prepared piano, but he also wrote for traditional piano in both standard and unconventional ways. His later piano works employed an almost ferocious complexity and virtuosity that reached the limit of pianists technical abilities. His earlier works made complex use of electronic extensions, chance and performer collaboration. He wrote his early keyboard music for himself, and much of it was meant as accompaniment for dance performances. Cages piano music for prepared and traditional piano was the orchestra for a whole genre of solo dance performance by some of the greatest figures in modern American dance.
Joshua Pierce is considered one of the most uniquely gifted and compelling virtuosi of our time. His highly expressive and rhythmic approach to the music of John Cage is a result of his 30-year association with Cages music, an approach that has been heralded world-wide. Pierce has played Cages works in venues around the world, and has recorded his cycle of Sonatas and Interludes for Prepared Piano for Public Radio International in the United States, and on the Sony Classical, Wergo, ANTS and SoLyd Records labels. On the Wergo label, Pierce can be heard in a highly regarded 4-volume CD series, John Cage: Works for Piano and Prepared Piano, which contains major compositions from the 1940s and 50s, many receiving their first recording. Pierce was awarded the coveted Preis der Deutschen Schallplattenkritik for Volume III of that series.