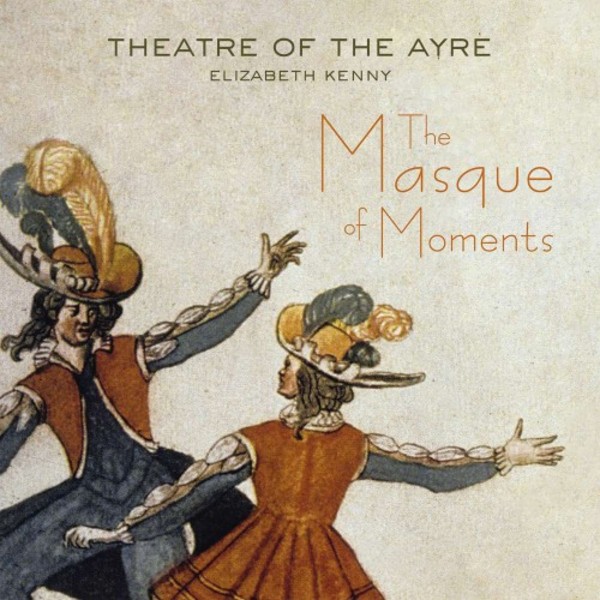 The Masque of Moments

Theatre of the Ayre

Theatre of the Ayre

Elizabeth Kennys Theatre of the Ayre reveals some of the most extraordinary music of the 17th century on The Masque of Moments, their debut recording for Linn. Focusing on the Ayre, the central part of a Masque, it offers a fascinating glimpse of the audacious and experimental virtuosity that is often absent from our image of English music of this time. Inspired by the achievements of the Lutes and Voices, Kenny developed The Masque of Moments in 2015, highlighting the glories of little-known vocal music from the Jacobean and Caroline masque. The Lutes plucked sound world, of which this recording gives a hint, reflects a cornucopia of sounds used to create everything from a tavern scene to a reflection of paradise. The Voices come courtesy of Sophie Daneman, William Purefoy, Ian Wicks, Nicholas Mulroy, Giles Underwood, Rosanna Wicks and Salisbury Cathedral Choir.

Founded in 2007, Theatre of the Ayre is Elizabeth Kennys platform for bringing dramatically-minded singers and players together to create inspirational programmes of 17th-century music. They have performed in and broadcast from major Festivals across the UK, Belgium and Germany. Their performances relish the shift from sublime tragedy to knockabout comedy that is ever-present in 17th-century music. Lutes&Ukes, Theatre of the Ayres groundbreaking collaboration with members of the Ukulele Orchestra of Great Britain, has become known to audiences as a genre-crashing supergroup following tours in 2013 and 2015.

Kenny is one of Europes leading lute players and has played with many of the worlds best period instrument groups, including Les Arts Florissants and the Orchestra of the Age of Enlightenment.

This early music ensemble has made an asset of obscurity. Its weapons: a freshness of approach and a quasi-improvisatory freedom of delivery. - Financial Times

Its not often you witness a player attacking their instrument with a bottleneck while another strokes theirs with a quill both created sublime musical expressions of melancholy. - The Guardian

Theatre of the Ayre compellingly dramatizing the French Baroque in vocal and instrumental prowess. - The Times

Its always tricky to create spontaneity on disc, and this collection aims to demonstrate the earthy elements of the songs in preference to the courtly context usually assumed. ... there are exquisite sounds from Kennys plucked-instrument ensemble, and beautiful numbers from masques by Henry and William Lawes, Coprario, Locke and others, with nicely refined singing.  Nicholas Kenyon
The Observer 19 February 2017

Its a neat way of showcasing the 17th centurys lesser-known composers in all their stylistic variety, and creates a programme capable of absorbing both the masques artful and sophisticated lute songs...  Alexandra Coghlan
Gramophone April 2017