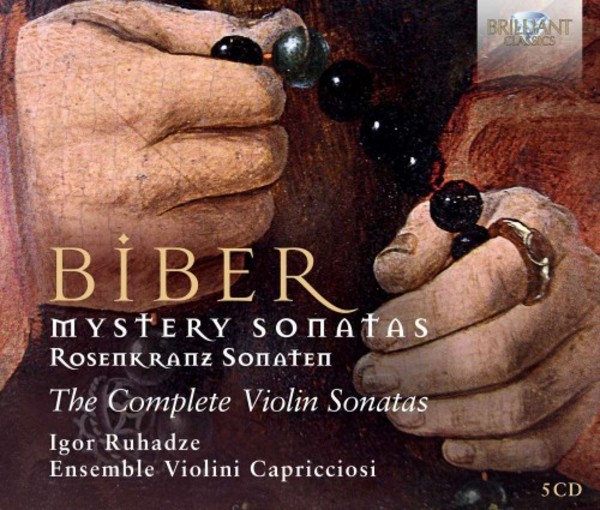 Heinrich Ignaz Franz von Biber may not have invented the technique of scordatura  the retuning of violin strings for a particular piece  but he certainly mastered it. During the Baroque period, the instrument's tuning was more flexible than today, and Biber's patron, Prince‐Bishop Karl of Olomouc, was particularly fond of the technique that offered a world of possibilities in sound colours and polyphonic effects. Almost all of the 15 Mystery (or Rosary) Sonatas, which depict each of the 'mysteries' or events from the lives of Christ and Mary, require some kind of scordatura, offering unusually resonant chord‐playing and polyphonic writing. The 11th sonata ('The Resurrection') even calls for the strings to be crossed over, evoking the cross of Christ as it utilises the melody of the hymn Surrexit Christus hodie.

Alongside these famous sonatas, the listener is able to delve into some of Biber's lesser‐known works, including the eight solo violin sonatas composed in Salzburg in 1681. The last of these is a compositional tour de force, as the solo player takes on the role of two other players in a kind of trio sonata. The works are fine examples of the stylus phantasticus, a style of composition characterised by an improvisatory, florid and virtuosic quality. The Sonata representativa is one of the earliest examples of programmatic music, evoking bird calls and animal sounds, including the nightingale, cuckoo, frog and even rooster. The lengthy Sonata in E (from a manuscript kept at the Minoritenkonvent in Vienna) opens with an astonishingly extended display of virtuosity over a held bass note, revealing Biber's mastery of his art.

The sonatas are played with aplomb by early music group Ensemble Violini Capricciosi, led from the front by soloist Igor Ruhadze. The group has previously recorded the complete works by Locatelli for Brilliant Classics, another composer known for his virtuosic violin writing (BC94358). The set was praised by MusicWeb International as a 'major achievement', with Ruhadze lauded for his 'impressive tone'.

Recorded in Schiedam, The Netherlands, in February, June and July 2016