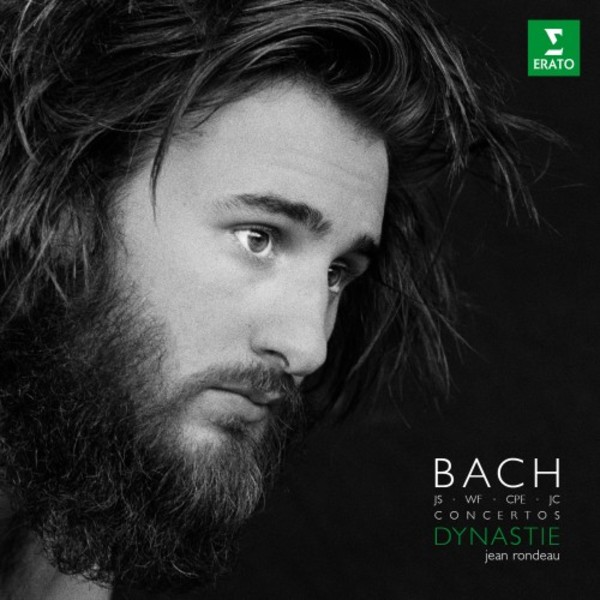 Jean Rondeau, the imaginative young French harpsichordist, describes the Bach family as one of the great dynasties of western music. Having devoted his first Erato disc, Imagine, to works by the towering Johann Sebastian, he now returns to Bachs world for his third release, Dynastie, which complements concertos by Johann Sebastian with concertos by his three most famous sons, Wilhelm Friedemann, Carl Philipp Emmanuel and Johann Christian.
Rondeau has described JS Bach, who has been part of his life since his childhood, as daunting like a mighty mountain, but at the same time feels that his music is so full of humility, so generous, that we have the right and the duty to play it, to share it, and to take the hand that he extends to us.
 Rondeau is one of the most natural performers one is likely to hear on a classical music stage these days. Affectation and ostentation are not part of his makeup and, once seated at the instrument, he and the harpsichord become one.  The Washington Post
The vinyl LP contains a code to download the album in the full version (same content as the CD version: 9029588846).

BWV1052 in D minor very much sets the tone of the whole: up-tempo but never feeling hurried, a gentle, fluidly flowing touch at the harpsichord, a central movement dramatised by hesitations and pauses, along with a legato approach that unfurls the harpsichords phrases as if as in one continuous, subtly ornate breath. ... As for the rest, JS Bachs BWV1056 in F minor has thoughtfulness, fun and flourish, followed by a reading of CPE Bachs Wq23 Concerto in D minor which captures this stylistic wild childs maverick choppiness with clipped, buoyant elegance. So, all in all, a recording to savour.  Charlotte Gardner
Gramophone March 2017