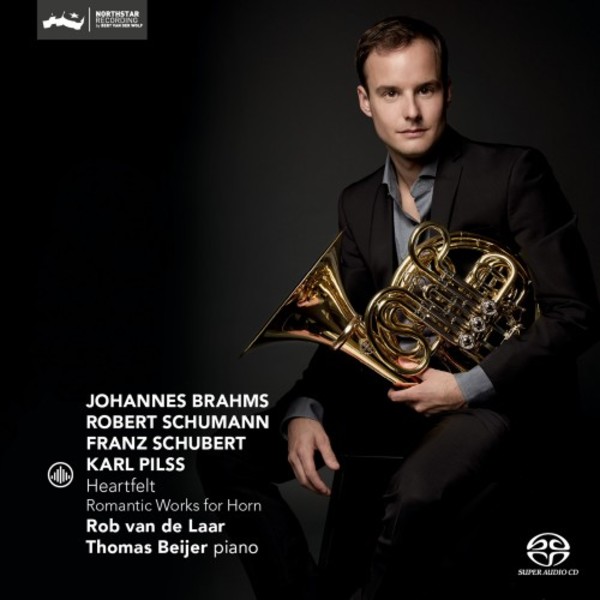 The disc opens with two of the great pieces of the German Romanticism for horn. Brahms Horn Trio was composed in 1865, during a peaceful summer at Clara Schumanns house in the Black Forest. Schumann wrote his Adagio and Allegro in 1849, one of a series of miniatures for different solo instruments and piano that he composed that year in Dresden. Schumann was among the first to explore the expanded possibilities offered by the new valve horn.

Schubert wrote his song Auf dem Strom in 1828, the final year of his short life, to a text by Ludwig Rellstab. It was composed for a concert, at the Vienna Musikverein, marking the first anniversary of the death of Ludwig van Beethoven on 26 March. Schubert, who was a great admirer of Beethoven, saw his opportunity to compose a special song as an ode to the master, adding a dazzling part for the French horn.

The Viennese composer Karl Pilss (1902-1979) is perhaps best known among brass players, having written concertos for trumpet, horn and bass trombone, as well as a number of works for brass ensemble. The influences of Richard Strauss, Gustav Mahler and his composition teacher Franz Schmidt can be clearly heard in his music. The Tre pezzi in forma di sonata date from 1924.