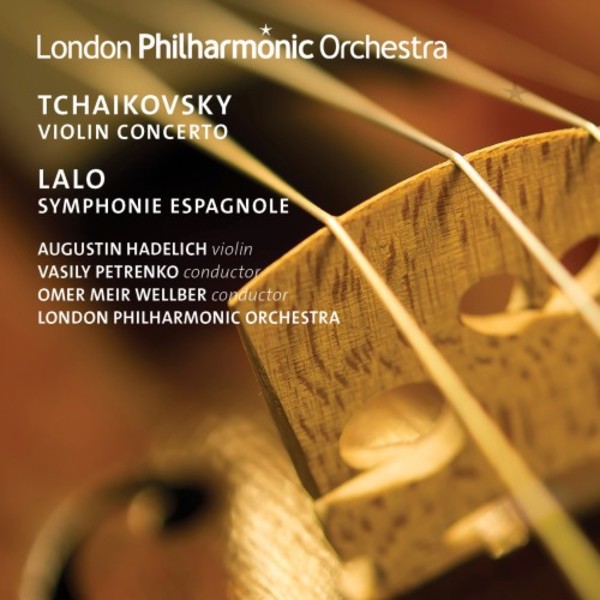 These live concert recordings feature Grammy-Award winning violinist Augustin Hadelich. Establishing himself as one of the great violinists of his generation, he is consistently cited for his phenomonal technique and gorgeous tone.

The pairing of these pieces has been carefully considered; the influence of Lalos fresh and unassumingly simple approach can be heard in Tchaikovskys Concerto, and Hadelich brings out the range of emotions across both pieces.

Following Omer Meir Wellbers acclaimed debut at Glyndebourne Festival Opera in May 2014 with Eugene Onegin, the London Philharmonic Orchestra invited him to make his Royal Festival Hall debut with them in April 2015, the concert from which this Lalo recording comes.

This release will add to Vasily Petrenkos catalogue of Tchaikovsky recordings; his Manfred Symphony won the Gramophone Recording of the Year in 2009 and he also recorded the First, Second and Fifth Symphonies with the Royal Liverpool Philharmonic Orchestra.

These recordings are taken from live concert performances at the Southbank Centres Royal Festival Hall on 17 April 2015 (Lalo) and 24 February 2016 (Tchaikovsky).

Hadelich appeared undaunted by the technical challenges, bringing humour to the embellishments in the final movement and making the most of his instruments distinctive low range - The New York Times, 2012 (Symphonie espagnole with the New York Philharmonic)