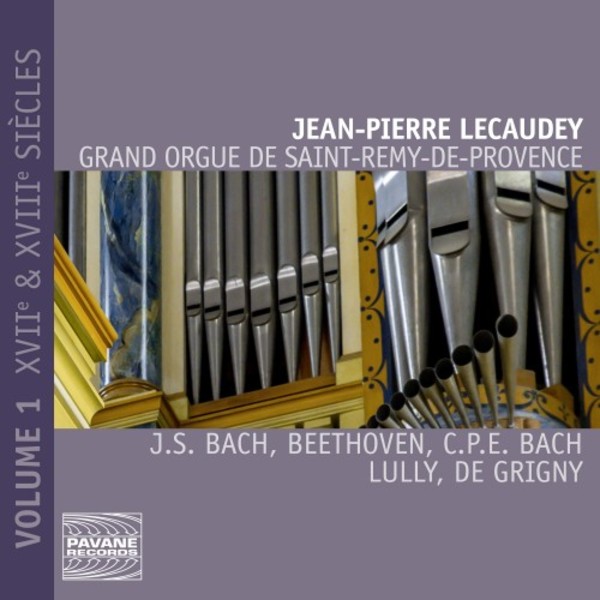 Jean-Pierre Lecaudey, titular organist in Saint-Rémy-de-Provence and recognized as one of today's leading French organists, presents its instrument.
The programme featured on this disc was assembled in order to demonstrate at length the impressive possibilities of this substantial instrument, which was rebuilt by Pascal Quoirin between 1977 and 1983. This first volume covers 17th- and 18th-century repertoire, while the second will cover the 19th and 20th centuries. Of course, even over two CDs it is impossible to present all the possibilities of a Grand Organ with 62 stops. It has been difficult to make a choice, but in the end I have opted for a balance between the large plenums and the various mutation and reed stops, while endeavouring to provide a pleasing overall sequence.  Jean-Pierre Lecaudey