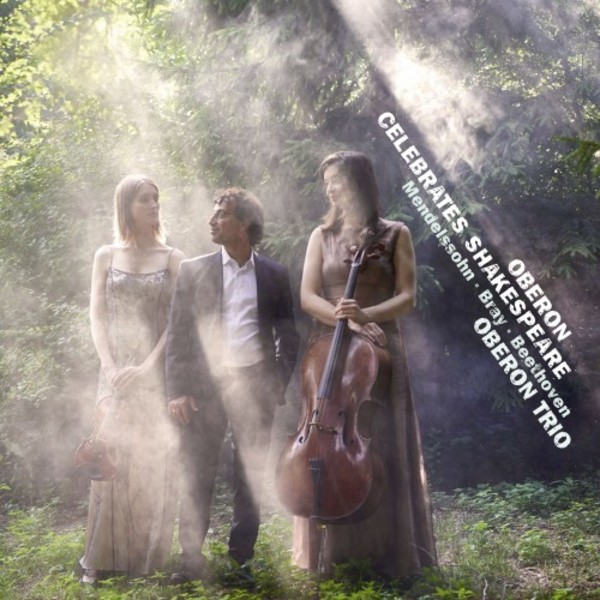 Ten years ago, in 2006, three musicians got together to play Mendelssohn. The trio eventually started looking for an appropriate name, and they found their patron in Oberon, one of the characters in Shakespeares play A Midsummer Nights Dream. The King of the Elves embodies the pleasure anyone can find in metamorphosis, in games and creativity, and that remains this musical trios creed until today  the will to remain flexible at all times, avoiding any sort of routine in music-making and programming. We compose our programmes with great care, affirms cellist Antoaneta Emanuilova.

The year 2016 also marked the 400th anniversary of William Shakespeares death: the trio thus decided to combine both jubilees in one programme. Since contemporary music is also part of the three musicians repertoire, they commissioned a new work. We wanted it to be up-to-date, but something that would nevertheless have a connection with our namesake, explains violinist Henja Semmler. They suggested this idea to British composer Charlotte Bray (born in 1982) whom the trios pianist Jonathan Aner met by chance at a concert in Berlin four years ago, when she had just moved to the German capital. Now in her mid-thirties, she has written a great amount of chamber music, and her cello concerto has been featured at the BBC Proms. A magic spell must have been at work: just then, Charlotte was working on a trilogy of piano trios that were to be influenced by Shakespeare, the pianist recalls. Thus, after her first piano trio entitled Those Secret Eyes which had been inspired by Shakespeares Macbeth, Bray decided to search for inspiration in the dreamworld of Oberon for her next work in the same genre.  The resulting piano trio fantasia That Crazed Smile evokes a moonlit night where fairies join forces to shower star-crossed lovers with dreams. Bray creates Impressionist and Surrealist spaces, alternating between pointillist and planar structures. An elaborate, free-tonal fabric seems to unravel before our eyes, illuminated with flashes of lightning. Expressively heightened moods contrast with passages that are playful, almost dance-like, thus making us utterly forget that Bray is actually applying rigorous composition technique.

For its 10th anniversary, the Oberon Trio has also allowed itself a birthday present. With the valuable assistance of Mansoor Hosseini (of Iranian-Swedish origin, born in 1967), they have been able to arrange Mendelssohns A Midsummer Nights Dream Scherzo for piano trio. Hosseini had suggested this idea a few years ago to the violinist. Joint projects such as her world première performance of his violin concerto led them to the idea of arranging this work for their ensemble, since it has an obviously close connection with their chosen name. They worked on this version together, which will serve from now on as the Oberon Trios calling card.