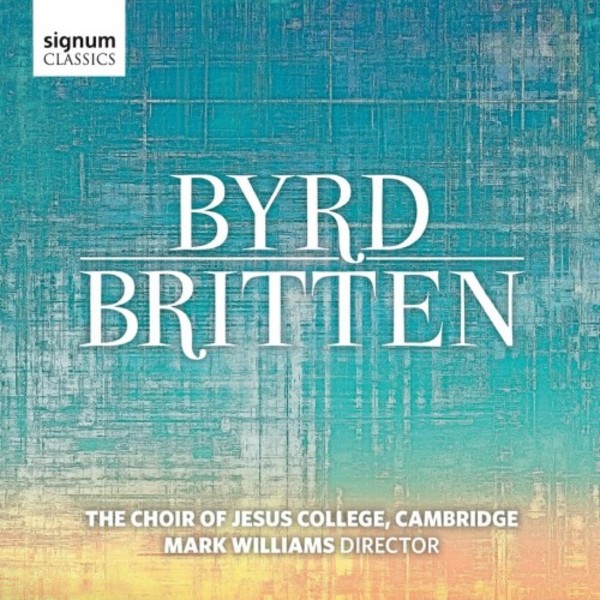 Led by Mark Williams, the Choir of Jesus College, Cambridge continue their critically-praised series of recordings on Signum with this new recording of works by British composers Benjamin Britten and William Byrd.

Although their respective careers separated by 350 years, they shared one very significant characteristic: both were outsiders. As a devout Catholic Byrd was obliged to pursue a kind of double life, expressing his spiritual exile in music of emotional intensity. Like Byrd, Britten became highly regarded for his artistic achievements, but reservations regarding his homosexuality and pacifism prevented his complete acceptance by the establishment; both made him an outsider.

The choir's sixth release on Signum, previous discs by the Choir of Jesus College, Cambridge have drawn near universal praise from critics.

William Byrd was a Catholic in the service of an Anglican monarch; Benjamin Britten was a gay pacifist in second world war England. It never hurts to remember how many of the artists we end up deifying faced some kind of bigotry in their day. This album presents the two composers as a pair of outsiders, alternating works by each in a programme that illuminates but doesnt force the parallels. ... The singing of Jesus Cambridge isnt always sharply defined but it is warm and breathy, topped by excellent boy choristers and best in stately slow music such as Byrds Ave Verum Corpus.  Kate Molleson
The Guardian 16 February 2017