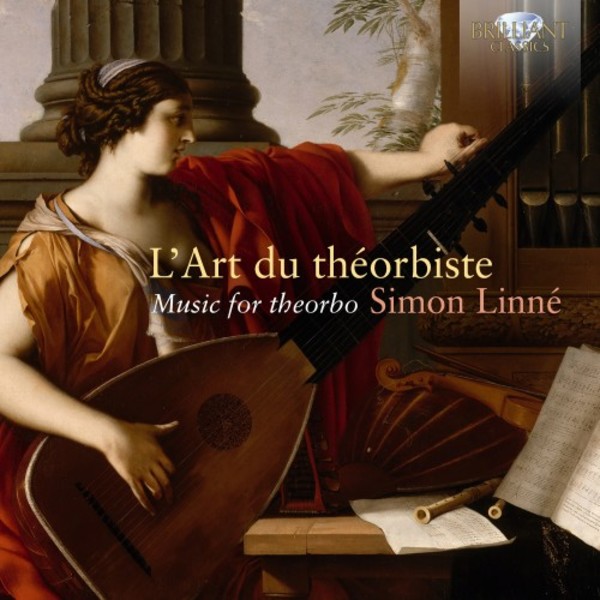 Inspired by his travels across Europe in the sole company of his faithful theorbo, Simon Linné has taken the composer Angelo Michele Bartolotti  an equally well-travelled composer and performer of the early Baroque period  as his starting point for this release. Born in Italy, Bartolotti (also known as Michelangelo) is known to have worked at the Swedish court of Queen Christina, and played in Jean‐Baptiste Lully's orchestra in Paris. Another member of that orchestra was French composer Robert de Visée, whose devotion to Lully led him to transcribe some of his shorter operas for solo theorbo, some of which are included on this release. Estienne le Moyne is almost as anonymous as 'Anonymous'  nothing is known about the composer, but the few pieces he has left behind for solo theorbo are exceptionally idiomatic.

The theorbo was closely linked to the Renaissance lute, a different creature from the Baroque one, which enjoyed its own style and repertoire in the 17th century. Rather, the solo music for the theorbo was closer to the then standard genres of opera and chamber music. This is, therefore, much more unusual fare compared to Baroque lute music of the same period. Swedish performer Simon Linné is a lutenist as well as theorbo player, and revels in exploring lesser‐known works for the two instruments. He teaches at the University of the Arts, Bremen.