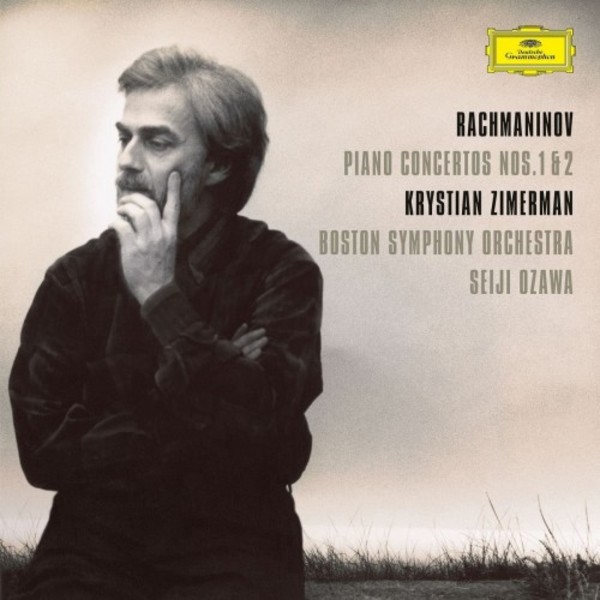 Deutsche Grammophon celebrates Krystian Zimermans 60th birthday with three releases new to vinyl. Original tapes remastered by EBS and pressed on 180g heavyweight vinyl.
All releases include a voucher with a unique code to download the digital audio files (MP3) of the full album for free.
Krystian Zimerman is a perfectionist who thinks twice before making a discographical move. Thus it comes as no surprise that he imbues the piano parts of Rachmaninovs first two concertos with remarkable technical refinement and finesse  there's no denying the care and formidable musicianship that distinguishes Zimerman and Ozawas masterful teamwork, nor DGs stunning sonics. - BBC Music Magazine
 no pianist alive today lavishes more care and attention to detail on every performance he gives -  The Guardian
There are few pianists today who manage to combine Zimerman's mystique - created largely by his relative scarcity on the concert platform - with such a poetic naturalness in performance. You get the impression that nothing would induce him to give a performance of anything unless it has been scrupulously studied and absorbed so that every last detail has been considered and thought about. - Gramophone