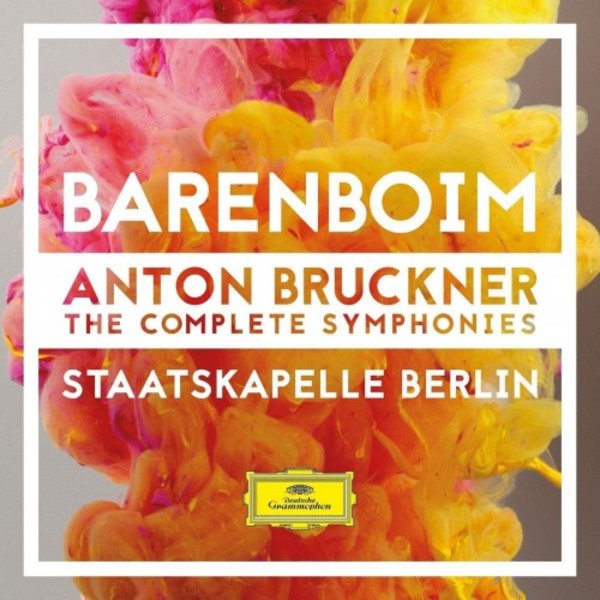 The complete Bruckner cycle from one of the greatest Bruckner conductors of our time, Daniel Barenboim, and his Staatskapelle Berlin.
First CD release of Barenboims third complete Bruckner cycle (recorded live in Vienna and Berlin), with new booklet notes on the repertoire, and on Barenboims and the Staatskapelle Berlins congenial work together.
Superhuman breadth and spaciousness and tenderness, the like of which I think Ive never heard.  The music emerges into a realm of perfect peace, after which theres nothing more to be said.  Its an extraordinary feeling, probably unique in music, which Barenboim and the orchestra captured with complete understanding.    Telegraph
Recorded Vienna 2012 (nos 1-3), Berlin 2010 (nos 4-9)