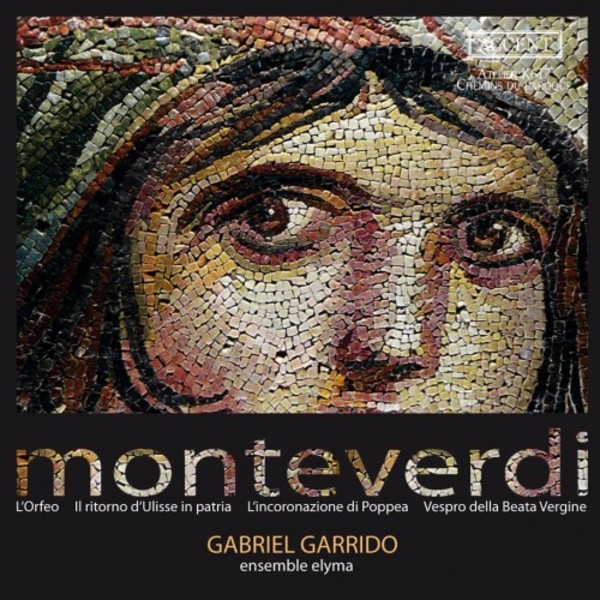 At the end of the 1990s, the recordings of Gabriel Garrido represented an important landmark in the interpretation of Monteverdi operas. What attracted ones attention in his versions were the brilliance and the hedonism of the actual recording itself. Garrido involved not only the typical instruments which can play contrapuntally (keyboard, organ, archlute, harp, etc) but those with melodic capabilities as well. The resulting sound was opulent but never ornamental; and from it the dramatic rhythm flowed in a series of subtle ways.

Reinforcing the instrumental complement was never done to the detriment of vocal concerns, which continued to have a leading role. It was precisely with the voices where Garrido set himself apart from his predecessors. By deciding to surround himself with Latin voices (Italian, French, Spanish, Argentinian) he endowed his Monteverdi with warm, rounded and sensual vocal colours. Many of the individual vocal performances continue to represent interpretative touchstones: the Messaggera and Penelope of Gloria Banditelli, the Proserpina of Roberta Invernizzi, the Telemaco of Jean-Paul Fouchécourt, the Caronte of Antonio Abete, the Ulisse of Furio Zanasi and the Melanto of Guillemette Laurens stand out in particular.

Interpretatively distant not just from the contrasting theatricality offered by Harnoncourt and Jacobs but also the restrained seriousness of the British ensembles, the Monteverdian readings of Garrido are possessed of a sound which manages to be spectacular and yet private, considered yet visceral.