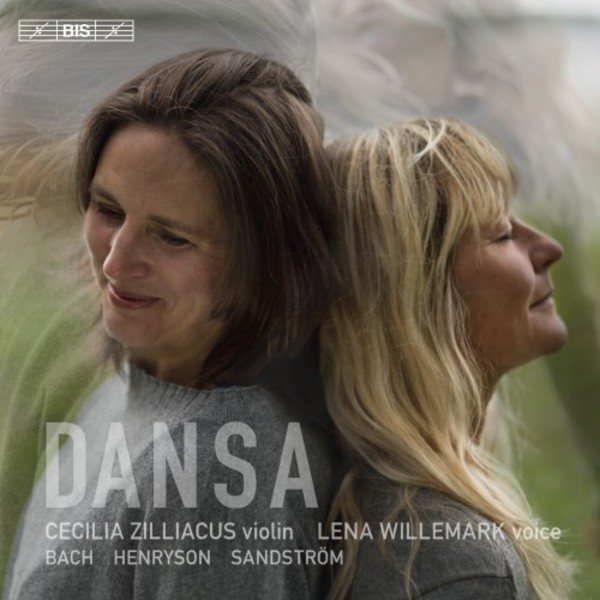 Dansa: Music for violin and voice by Bach, Henryson and Sandstrom

Dansa for voice and violin

Dansa for voice and violin

Two of Swedens most highly respected musicians, each in their own field, join forces on this very special disc. Classical violinist Cecilia Zilliacus has won acclaim for her recordings in magazines such as The Strad and Gramophone, whilst folk musician Lena Willemark is a fixture on the Scandinavian folk and world music scene. The pair open this highly original programme with Bachs Partita in D minor in a version for voice and violin. This duo version is based on the research of the musicologist Helga Thoene, who has proposed that the celebrated Chaconne, which closes the Partita, was written in response to the death of the composers first wife. Woven into Bachs violin part are numerous chorale quotations, from which Willemark has devised a vocal part that she performs, drawing on the strong tradition of chorale singing in Swedish folk music. Together with Cecilia Zilliacuss violin, the clear attacks and straight-toned style of singing form a final farewell, by turns dramatic and serene, to a loved companion.

In order to expand their common repertoire, the two musicians approached the composer Sven-David Sandström in 2011. The result was Dansa (Dance), a scene in seven sections to a text by the poet Maria Wine. Having collaborated previously with both performers, Sandström includes improvisatory passages and provides rich opportunities for the folk musician Lena Willemark to make her imprint on the music, asking her to change over to the fiddle in one of the sections. Between these two works Cecilia Zilliacus performs a solo sonata written for her by Svante Henryson. In the course of seven movements the piece reflects the versatility of its composer, with a background in jazz, classical music and heavy metal, and allows Zilliacus to display the many facets of her own musicianship.

Lena Willemark is a Swedish folk singer, and her chorales are a solo-voice wail, plangent and moving, that cuts across Cecilia Zilliacuss admirable violin like an echo from a ritual past. Bach lies behind the other pieces: too literally in Svante Henrysons Sonata, more subtly in Sven-David Sandströms highly original Dansa, where voice and violin intertwine and for one movement a second violin joins the evocative texture with Bach quotations.  Nicholas Kenyon
The Observer 29 January 2017