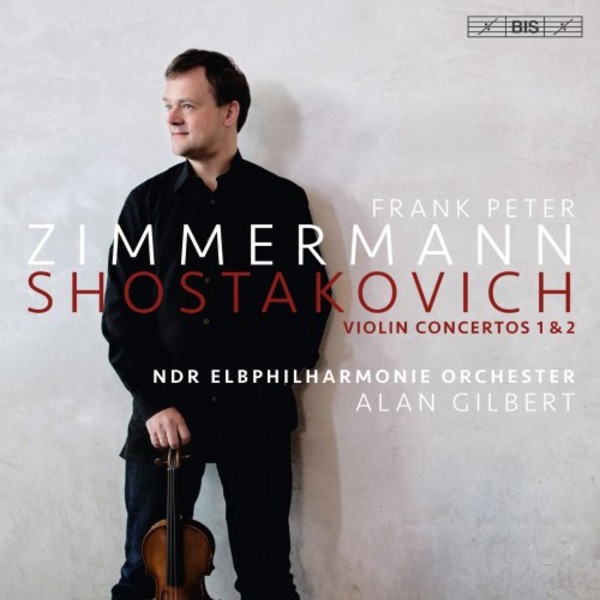 Composed almost 20 years apart, the two violin concertos by Dmitri Shostakovich were both conceived with the great violinist David Oistrakh in mind and dedicated to him. Shostakovich completed Concerto No.1 in 1948, at a time when he had fallen out of grace with the Soviet authorities and it seemed uncertain if the work would ever be performed in public. This is reflected in the concerto which begins with a dark and solitary violin song over gloomy cellos and double basses. Throughout the work there are allusions to the composers situation, such as the D-S-C-H motif that appears in so many of his works and which in the second movement is closely related to a theme reminiscent of Jewish popular music, as a symbol of Shostakovichs identification with the suppressed Jewish culture. In the same movement there is also a theme derived from the opera Lady Macbeth of Mstsensk which in 1936 had caused the composers first denunciation by the Soviet regime.

In 1967 Shostakovich wrote to Oistrakh, telling him about the completion of his Violin Concerto No.2. The composers health had been failing for several years, and only the year before he had suffered a heart attack. In several of his late works there is a preoccupation with mortality, and the concerto exhibits a similar dark, introspective tone, especially in the central Adagio. Performing these two great works of the mid-20th century is one of the finest violinists of our own time, Frank Peter Zimmermann. The recordings were made at public concerts at the Hamburg Laeiszhalle, with the eminent support of the NDR Elbphilharmonie Orchester  formerly known as the NDR Sinfonieorchester  conducted by Alan Gilbert, the orchestras principal guest conductor for more than a decade.

Frank Peter Zimmermanns vividly recorded performances, drawm from concerts in Hamburg in 2012 and 2015, stand out as formidable achievements. They match technical mastery at the highest level with profound insight. No less impressive is the compelling interaction between Zimmermann and the excellent NDR Elbphilharmonie under Alan Gilbert... The orchestras contributions to the dialogue are always carefully shaped and fully responsive to the subtle nuances in the soloists phrasing.  Erik Levi (Recording of the Month)
BBC Music Magazine March 2017