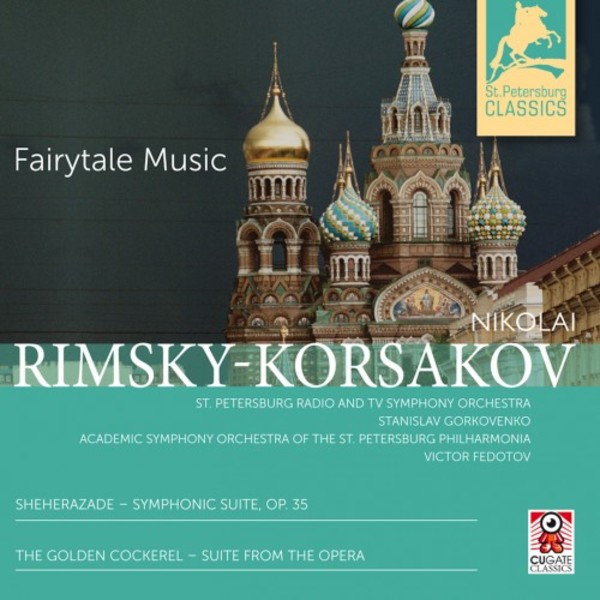 Nikolai Rimsky-Korsakov is renowned as a teller of musical tales. More than half of his 15 operas are based on fairy-tales: The Snow Maiden, Kaschey the Immortal, The Legend of Tsar Saltan and The Golden Cockerel to name but a few. Another of his most popular works is surely his symphonic suite Scheherazade, based on the tales of The Thousand and One Nights. The four movements of the work are united both by their musical and their dramatic content. Rimsky-Korsakov creates wonders in his music, like a magician weaving a spell. Each theme, in his words appears each time in a different light, depicts each time a different picture and expresses each time a different mood. The same motifs and themes are used at different times to represent different figures, actions and scenes.  The musical synthesis at the end combines those of the protagonists Scheherazade and her husband in gentle intimacy, which indicate that the tales have softened the Sultans cruel heart. This musical tale of the magical Orient ends with echoes of Scheherazades beautiful theme.

The Golden Cockerel is a ballet-opera based on Alexander Pushkins 1834 poem The Fairy Tale of the Little Golden Cockerel. Actually Rimsky-Korsakov said he was finished with opera composing by 1907, but due to the political situation in Russia he decided to come back with a libretto, which with the means of satire performed a mirror image of the actual political situation in Russia, particularly the Russo-Japanese war 1904  1905, which Russia eventually lost. It is not a coincidence that Tsar Dodon is a kind of spitting image of Tsar Nikolai II, who came into the war against the feel of the Russian people as did Tsar Dodon, when he began to battle one of his neighbouring states. Consequently the opera was officially politically banned and could not be staged during the composers life. After his death in 1908, Alexander Glazunov and Rimsky-Korsakovs son-in-law Maximilian Steinberg compiled an orchestral suite from the opera, consisting of four movements, which highlight the most important themes and melodies of the piece.