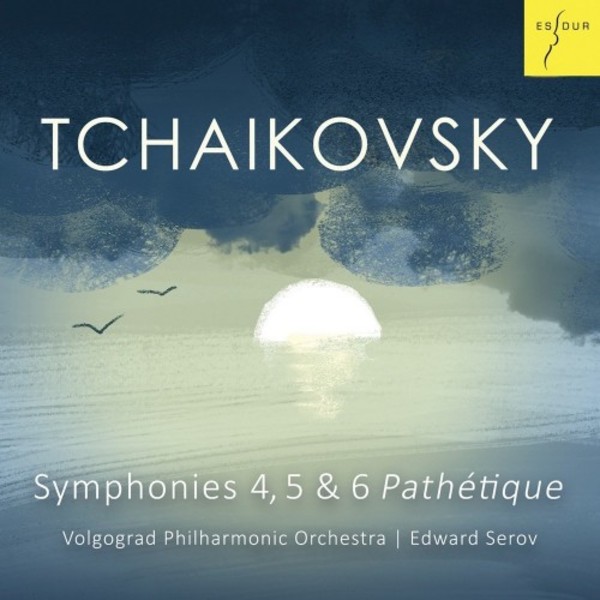 Amongst Tchaikovskys complete works, his three late symphonies  Nos. 4, 5 & 6, written between 1876/77 and 1893  occupy a special place. Tchaikovsky himself described them as subjectively inspired and, in this sense, programmatic  even if he never talked publicly about the programmes involved. Under Edward Serov the Volgograd Philharmonic Orchestra (of which he has been conductor since its foundation in 1987) has recorded these three symphonies, and the result is impressively intense and powerful.

Tchaikovsky said his Symphony No.4 in F minor, op.36, first performed in Moscow in 1878, as his best work and his favourite piece. Composed during a restless period in his life, when he was teaching a great deal and married one of his students, the driving concept behind the symphony is the representation of fate, or the force that hinders people on their path towards happiness.

He wrote the Symphony No.5, op.64, between May and August 1888 when again he was in a troubled phase of life and, similarly, fate is its underlying idea. The inner conflict that tormented Tchaikovsky as he was composing Symphony No.6 is clearly discernible to the listener. After it was first performed in 1893, his brother Modest nicknamed the piece Sinfonie pathétique. Tchaikovskys own prophecy that this would be his last work was fulfilled: on 6 November 1893, nine days after the premiere, he died in St. Petersburg after a sudden illness.