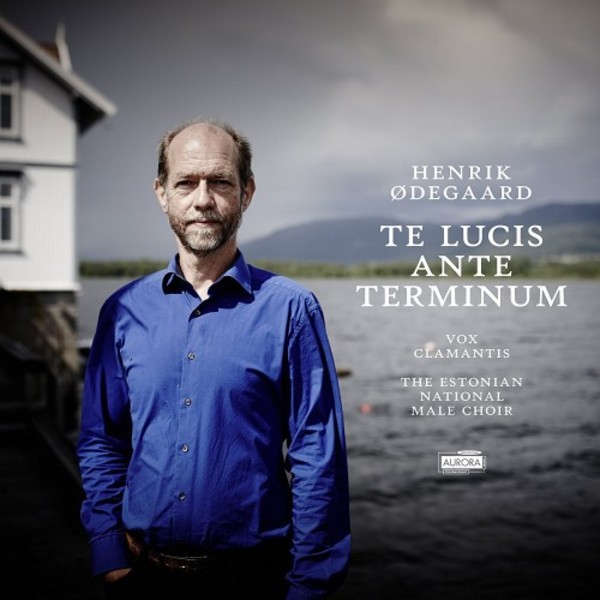 Voices from the Gregorian tradition, from the depths of western vocal tradition, meet a new, modern musical language in an organic but nonetheless refreshing and unpredictable way, filtered through composer Henrik Ødegaards finely tuned means of expression.

Since studying in the Gregorian class at the Paris conservatory, Ødegaard has engrossed himself in Gregorian chant and written music taking inspiration from the Gregorian tradition and from Catholic liturgy. On this beautiful recording are works in that tradition, performed by world-renowned Gregorian choirs, The Estonian National Male Choir and Vox Clamantis.

Te lucis ante terminum sets improvisatory elements against the traditional material in a large-scale tuneful composition, while the three Cantus works put Gregorian melodies in the original notation together with modern harmonisation. The opening Arise, my love!, however, takes a completely different approach and creates with its open intervals and additions of whistling, laughter and shouts a positive, joyful style, where the sensuality is clear both in music and words.

Henrik Ødegaard was educated as a music teacher, organist and composer and his works cover all genres, with an emphasis on vocal music. He lives in Norways Telemark region amidst a vital folk-music scene  a musical heritage that has proved to play an increasing part in his compositions.

Founded in 1944, The Estonian National Male Choir (RAM) is now a world-renowned professional choir noted for its renditions of large-scale choral works. The choir has performed more than 6000 concerts worldwide and won several awards, most notably a Grammy. Vox Clamantis was formed in 1996 and comprises a diversity of musicians  singers, composers, instrumentalists and conductors  particularly noted for performing Gregorian music, early polyphony and contemporary music, with pieces written specially for them by Arvo Pärt (recorded on ECM) and Erkki-Sven Tüur.