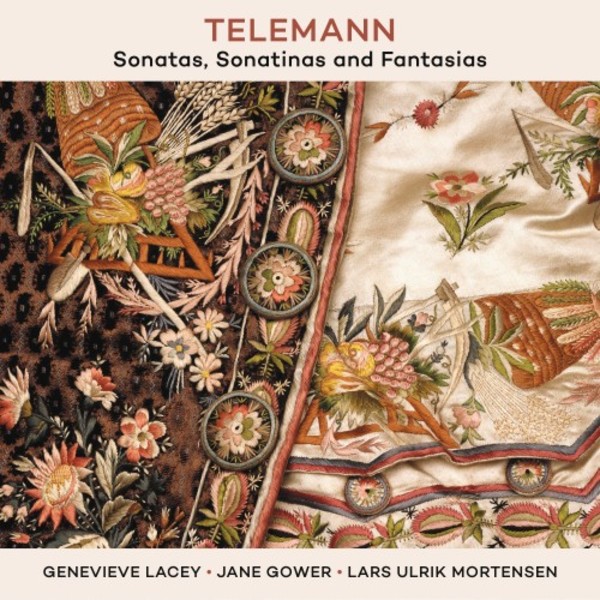 Three of the finest baroque musicians performing today celebrate the music of one of the most prolific  and most neglected  composers.

George Philipp Telemann (16811767) was a friend of both JS Bach and Handel, and in their lifetime was considered to be the finest composer of the three. He was at the forefront of new stylistic developments, drawing on influences across Europe  including French, Italian and Polish music  and moving music forward from the baroque to the classical era.

Whilst his 1000-plus church cantatas brought Telemann to eighteenth-century ears, it was in his chamber music that his invention and wit could flourish. He wrote sets of Fantasias for solo instruments  on this album we hear two for harpsichord and one for flute  and stunning Sonatas and Sonatinas for bassoon and recorder, accompanied by harpsichord.

Telemann shaped the course of music, but also of the music industry. He was one of the first composers to publish his own music, and therefore to assert his authorial ownership of its intellectual property. All of these Sonatas, Sonatinas and Fantasias were published in the 1730s  in the short term, at least, as part of a moneymaking venture intended to mitigate his wifes gambling debts!

Genevieve Lacey, Jane Gower and Lars Ulrik Mortensen are close musical friends and collaborators. Lacey is an ARIA-winning virtuoso whose repertoire spans centuries, and has performed at venues from the BBC Proms to a prison in remote Western Australia; her fellow Australian Jane Gower is one of the worlds most sought after bassoonists, and a frequent collaborator with the Australian Chamber Orchestra and Anima Eterna. Lars Ulrik Mortensen is a harpsichordist, conductor and teacher who specialises in period instruments. He is Artistic Director of Concerto Copenhagen and the European Union Baroque Orchestra.

The recorder player Genevieve Lacey and the Baroque bassoonist Jane Gower gave a performance that swept away dourness in favour of light precision and breathlessly agile sequences in the fast movements and elegantly balanced ensemble in the slow.  Peter McCallum, Sydney Morning Herald